Sri Lanka occupying the country of Eezham Tamils opened a new naval base in the western coast of Vanni at Naachchik-kudaa facing the Palk Bay in a commanding position to target movements from the Tamil Nadu coast of India. Construction of the new naval base received Chinese help. SL navy commander Somathilake Tissanayake inaugurated the base on Monday. Meanwhile, journalists who have gone for the annual church fete at the uninhabited islet Kachcha-theevu in the Palk Bay has noticed a permanently built SL naval base there. The construction material of this base and a newly coming up jetty there were found with Chinese markings. Two SL naval ships are always stationed near Kachcha-theevu. The attacks on Tamil Nadu fishermen deploying Sinhala gangs from the south are operated by SLN in Kachcha-theevu. 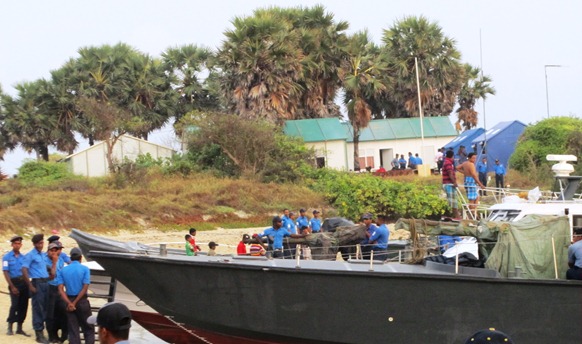 This week, petrol bombs thrown by a gang coming in a boat destroyed a Tamil Nadu fishing boat near Kachcha-theevu.

The new naval base, located in a cove at the fishing port Naachchik-kudaa in the Kariyaalai-Naakappaduvan division of the Ki’linochchi district, has been given with a Sinhala name Bhuvaneka.

From the location the base could monitor the fishing villages from Mannaar to the Devil’s Point coast in the Vanni, as well as movements from Rameswaram in Tamil Nadu and the Ira’nai-theevu and Kachcha-theevu islets.

Apart from the KKS naval base, already there are three more major SL naval bases in the north at Kaarainakar, Veala’nai and Ma’ndai-theevu to conduct surveillance of movements in the Palk Bay from Tamil Nadu. Besides, there are many small naval detachments all along the coasts of the north.

Right from 1960s Colombo was systematically following a naval policy of choking the coasts of the north in the pretext of checking smuggling. A former Sinhala Government Agent of Jaffna has put it on record that this naval policy in the 1960s itself was actually in anticipation of checking Tamils in the island, because the Colombo government was very much conscious that its policies on Tamils would eventually bring in trouble. 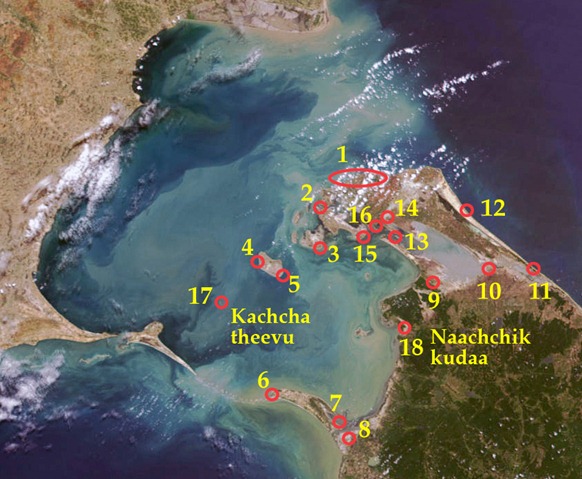