India’s hasty decision to support the United States of America led Resolution on Sri Lanka came as a big surprise. While a few rumours flagged the possibility of an India “for” vote a couple of days before the actual announcement by the Prime Minister, they were largely ignored. The prevailing orthodoxy was that India would likely abstain, and that the vote would carry with a narrow majority. That orthodoxy has now been questioned, and with India coming on board, the possibility of a landslide victory for the US is more likely. This brief piece sets out to identify the political “winners” and “losers” from the fallout of India’s decision, barring last minute twists in the tale. The merits of the Resolution are not discussed in this article. Its aspirations are rather more modest, and only seeks to identify the manner in which coming events will contribute to the image of specific political personalities and entities. 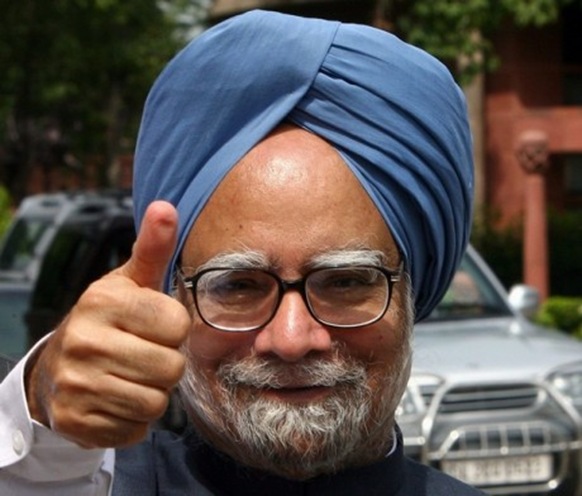 The United States of America and Hilary Clinton

The Obama presidency has been marked not merely by the transformation of US foreign policy doctrine, but also by a remarkable efficiency and competence in the handling of knotty foreign policy issues. America’s foreign policy has seen victory after victory – from the vanquishing of public enemy Osama bin Laden to the restrained behind the scenes work in Egypt, the multilateral Security Council authorized R2P effort in Libya and the junta’s apparent change of heart in Burma. Now, shortly after proclaiming that their foreign policy focus would shift to the Asia-Pacific region, the US are on the cusp of a major foreign policy coup. Netting India’s support for an opening gambit Resolution on India’s problematic neighbour – when all indications were that India would tread a different path – serve to burnish its credentials as the sole remaining superpower despite China and Russia’s growing aspirations.

Largely vilified in Tamil Nadu for his failure to bring sufficient pressure to bear on the central government to take a stronger message to Sri Lanka during the last stages of the war, Karunanidhi entered the “HRC19” debate later than his nemesis Jayalalitha. Having entered it, he relied on a familiar ruse, threatening to pull out of Congress if the centre failed to heed his call. A token fast was also thrown in for good measure. In 2009, Congress called his bluff and Karunanidhi was forced to take the fall. Public anger against his vacillation and lack of commitment to the wellbeing of Sri Lankan Tamils contributed to the landslide against him in Tamil Nadu state elections. This time around, Karunanidhi’s grandstanding appears to have paid off. He will bank on the expected volatility of the Tamil Nadu electorate to redeem himself as the saviour of Sri Lankan Tamils, restoring his fledgling image and his electoral fortunes.

The TNA has been dogged by a growing creed of extremist Tamils in the diaspora and within Sri Lanka. Mr. R. Sampanthan in particular has been publicly ridiculed for his earnest efforts to retain the support of India, and to a lesser extent, the United States of America. Feeding on public anger against India within the Tamil community for its part in Sri Lanka’s war effort, criticisms of Mr. Sampanthan have focused on his supposed faith in India and the US. An India vote for the US resolution on Sri Lanka will help Sampanthan – and his close confidante M. A. Sumanthiran – portray themselves as clever diplomatic operators. The growing rapport between the US State Department and the TNA, and the TNA’s willingness to alienate vociferous elements within the Tamils for the sake of better relations with the United States and India, will appear to have paid dividends.

If India does vote against Sri Lanka at the Council, that vote will mark the successful alienation by the government of one of its strongest allies on the international stage. India supported Sri Lanka’s military, supported Mahinda Rajapaksa’s resolve to end militarily annihilate the LTTE, and supported Sri Lanka’s diplomatic efforts during and after the war to stave off international pressure on war crimes. However, India’s support did come at a small cost – that of a promise made by the government that the 13th amendment would be implemented in full and going beyond, that meaningful steps would be taken to devolve power. The government failed to deliver, risking censure from a regional power. Yet, the government very probably gambled that the China threat and the timorous apprehension that has characterized post-1987 Indian foreign policy would prohibit strong Indian action against Sri Lanka. This miscalculation will cost the government dearly.

The decision by India to vote in favour of the US led Resolution appears to have been taken at the highest levels of India’s governing hierarchy. What was well-known prior to Dr. Singh’s announcement was that any decision taken by India would have to have had the concurrence of Sonia Gandhi. However, the course charted by India’s Kerala dominated foreign policy elite would have led directly to an abstention at best, and possibly a vote against. India’s hesitant foreign policy on Sri Lanka has hitherto sought and obtained a number of far-reaching commitments from the Rajapaksas, with very little to show besides the donation of few bicycles and houses in Northern Sri Lanka. However, India’s precarious position vis-à-vis Chinese intrusions into Sri Lanka and America’s roving eye resulted in foreign policy paralysis. The culmination of this impotent strategy was the public humiliation of External Affairs Minister S. M. Krisha recently, where his version of Rajapaksa’s commitments to India were publicly repudiated by the President. Yet, India unfailingly appeared to support a “no policy policy” on Sri Lanka. Noises were made about India’s “no country-specific resolution” policy at the Council. Retired Indian intelligence officials and others suggested publicly that India would and should abstain. Those views appear to have been overturned by a recent decision taken at the highest levels. India’s diplomats will now find themselves in unfamiliar territory – wielding a stick they never thought they had the strength to carry!