Diplomat facing allegations of crimes against humanity is set to return to Sri Lanka, raising fears he will avoid questioning

The Foreign Office has been warned it is running out of time to take action against a senior London-based Sri Lankan diplomat who is facing allegations of complicity in crimes against humanity.

Last week, the Guardian revealed that an organisation representing the Tamil diaspora was launching legal action against the FCO over its failure to confront Major General Prasanna de Silva – the defence adviser at the Sri Lanka high commission in London – over allegations relating to crimes committed during the final stages of the island’s 26-year-long civil war in 2009. 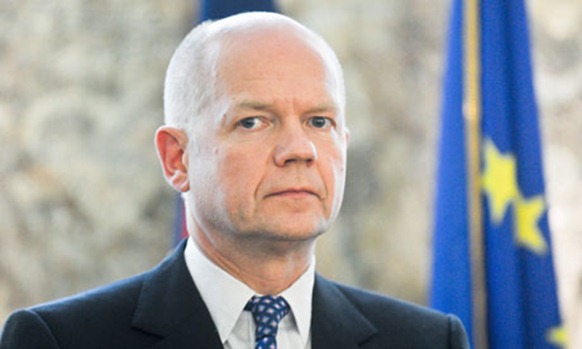 The Global Tamil Forum (GTF) alleges that Silva was involved in systematic attacks on Tamil civilians between January and May 2009 when he was a senior commander in the Sri Lankan army.

It decided to press for a judicial review of the FCO’s actions after the British foreign secretary, William Hague, refused to declare Silva persona non grata and strip him of his diplomatic immunity so he could be questioned over the allegations. Scotland Yard has been handed a dossier on the allegations facing Silva but has refused to comment further on the matter.

It has emerged in the last few days that Silva is soon to return to Sri Lanka, raising fears that he may avoid questioning. The FCO’s legal advisers have also written to the GTF’s solicitors, Birnberg, Peirce and Partners, informing them there will be a two-week delay in dealing with the case because of the Easter recess.

A spokesman for the Sri Lankan government told the Guardian on Wednesday night that Silva was going home because his 18-month term as defence adviser was almost up, adding: "The claim of a lawsuit by the GTF has nothing to do with this routine transfer matter and it appears to be yet another invidious attempt to embarrass both Sri Lankan and British governments and a continuation of GTF’s history of attempting to gain misplaced publicity mileage for events it has nothing to do with."

The Sri Lankan high commission has previously described allegations against Silva as "highly spurious and uncorroborated" and accused British media of seeking "entirely falsely, to implicate members of the Sri Lankan government and senior military figures" in such acts.

The GTF – which points out that the dossier in the hands of the Metropolitan police has also been in the possession of the FCO since late January – worries that Silva will have left the UK by the time action is taken.

"All we are seeking is justice for the hundreds of thousands of innocent people who allegedly perished at the hands of the likes of Prasanna de Silva and others," said a spokesman. "Our kind request to the secretary of state is to let the legal process decide whether Maj Gen Silva is guilty or not guilty."

The GTF, he added, has "complete faith in the British justice system".

The Foreign Office confirmed it had received a dossier on Silva in January and had advised the NGOs who compiled it – the Society for Threatened Peoples, Trial and the European Centre for Constitutional and Human Rights – to pass "any credible evidence" on to the Met.

"We also looked closely at the dossier ourselves," said an FCO spokesman. "However, while we were assessing this evidence, we were notified that Silva was planning to move on soon." The spokesman said that while the British government takes all such allegations very seriously, he was unable to comment on the legal action brought by the GTF.

Siobhain McDonagh, the Labour MP for Mitcham and Morden and vice-chair of the all-party parliamentary group for Tamils, described the FCO’s failure to act sooner on the dossier as "unfathomable".

"It does seem extraordinary [for the FCO] to take no action and just rely upon the Sri Lankan government to withdraw him," she said. "Given the evidence and that the government saw the dossier from the NGOs, why on earth did they take no action?"

The British government’s behaviour, she added, would send an unfortunate message about the UK’s commitment to human rights. "If you get a reputation for taking people who there are serious allegations of war crimes against, do other countries do the same thing?" she said.

Fred Carver, the campaign director of the Sri Lanka Campaign for Peace and Justice, said he could not believe that the British government had accepted Silva’s diplomatic accreditation in the first place.

"Any intern equipped with Google and a working mouse could have determined that there were credible allegations against Silva," he said.