Questions have been raised over the failure of the British Foreign Office to investigate Prasanna de Silva, ex-Sri Lanka army general alleged to be complicit in war-crimes, as reports emerged that the Mr Silva’s return to Sri Lanka is imminent, sources in London said. European Center for Constitutional and Human Rights (ECCHR) assisted by Society for Threatened Peoples Switzerland, and TRIAL, submitted to the British Foreign Office in January 2012, a 28-page dossier on the alleged involvement of De Silva in war crimes committed during the last months of the Sri Lankan civil war. The dossier is widely believed to be the reason for De Silva’s war crimes predicament, according to political observers in UK. 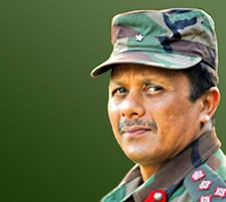 The Global Tamil Forum (GTF), an active diaspora group, last week sought to bring a judicial review against UK’s foreign secretary over refusal to declare military attache persona non grata alleging that Silva was involved in systematic attacks on Tamil civilians between January and May 2009 when he was a senior commander in the Sri Lankan army.

Fred Carver, the campaign director of the Sri Lanka Campaign for Peace and Justice, said he could not believe that the British government had accepted Silva’s diplomatic accreditation in the first place, the Guardian said.

The paper, quoting Carver, added, "Any intern equipped with Google and a working mouse could have determined that there were credible allegations against Silva. Now they know what they should have previously suspected and investigated, they should not hesitate to revoke it before it is too late. If they do nothing then Silva’s unhindered return will be rightly interpreted as signifying that Britain is soft on war crimes suspects," the paper said.

Siobhain McDonagh, the Labour MP for Mitcham and Morden and vice-chair of the all-party parliamentary group for Tamils, described the FCO’s failure to act sooner on the dossier as "unfathomable, the paper said.

"It does seem extraordinary [for the FCO] to take no action and just rely upon the Sri Lankan government to withdraw him," she said. "Given the evidence and that the government saw the dossier from the NGOs, why on earth did they take no action?" the Guardian said quoting McDonagh.

In a Factual Supplement to the Report to Congress on Sri Lanka’s war on violations of International Humanitarian and Human Rights Law, the US Department of State today accused the 55th Division which was commanded by Prasanna de Silva as responsible for shelling hospitals.

US report said: "UN Panel of Expert [PoE] report concludes that “Virtually every hospital in the Vanni, whether permanent or makeshift, was hit by artillery.” The Panel found that the PTK [Puthukkudiyiruppu] Hospital was shelled every day from January 29 to February 4 most likely by the 55th Division of the SLA. The GSL claimed that no hospitals remained in the Vanni, but the POE report found that the UN and ICRC continuously updated the government on the whereabouts of medical facilities and make-shift hospitals in the region. The POE report also mentions that testimony by government doctors from these hospitals may not be accurate because they initially claimed that government forces repeatedly fired on their facilities but later changed their stories to reflect the GSL’s position." US report said.

Prasanna de Silva is the second high level diplomat, after Jegath Dias, who will be leaving the post on the grounds of imminent prosecution based on alleged war-crimes and crimes against humanity.

In September 2011, Maj. Gen. (retd.) Jegath Dias, deputy Counsel in Sri Lanka’s embassy in Germany, and commander of Sri Lanka Army’s (SLA’s) 57th division during the last phase of the Sri Lanka war, was recalled by Colombo "in response to accusations he was involved in war crimes," according to Swiss media.

Shavendra Silva, another UN diplomat, was saved by "diplomatic immunity" from prosecution in a New York court over alleged war-crimes. Sri Lanka’s President Rajapakse is also being sued in the Federal Court in the District of Columbia, despite the intervention of the US State Department which "suggested" immunity to Rajapakse.