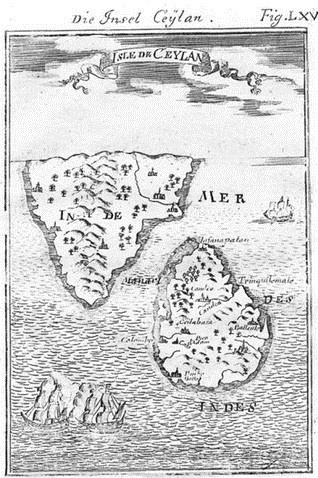 Had Sri Lanka taken steps to implement the 13th amendment, India may never have associated itself with the UNHCR resolution.

As Sri Lanka mulls over last month’s United Nations Human Rights Council resolution, it may look back with nostalgia at its 2009 triumph at Geneva. Then, barely a week after its victory over the LTTE, a group of western countries wanted a resolution passed against Sri Lanka for the civilian deaths and other alleged rights violations by the army during the last stages of the operation. With the blood on the battlefield not still dry, Sri Lanka managed to snatch victory from the jaws of diplomatic defeat, with a resolution that praised the government for its humane handling of civilians and asserted faith in its abilities to bring about reconciliation.

But few remember that the resolution contained an important line relating to a commitment by President Mahinda Rajapaksa. The line, in the preamble to the text, is surprising in its detail: “Welcoming also the recent reassurance given by the President of Sri Lanka that he does not regard a military solution as a final solution, as well as his commitment to a political solution with implementation of the thirteenth amendment to bring about lasting peace and reconciliation in Sri Lanka”.

The inclusion of this reference to the 13th amendment may have well been the price Sri Lanka paid for New Delhi’s decision to support that resolution, its first departure from the position that it does not vote for country specific resolutions.

Officials familiar with the backroom bargaining over the 2012 resolution say there was a brief moment when Indian negotiators considered amending the text to reflect some elements of the 2009 resolution, including the significant line from its preamble. That would have served two purposes. One, it may have pressed home to Sri Lanka that the U.S.-sponsored resolution was not something that came out of the blue, even as the link with a positive resolution would have made this one seem less dire; two, from the Indian point of view, it could have helped to refocus Sri Lanka’s mind on the 13th amendment.

India’s constant reminder of this statute irritates Sri Lanka no end. So why does India harp on it? For no other reason than that the 13th amendment remains the only constitutional step ever taken by Sri Lanka towards moving away from a unitary, highly centralised state, to power sharing with the provinces. New Delhi believes if implemented sincerely, it could lead to a solid political peace with the Tamil minority. The amendment came about as a result of the 1987 India-Sri Lanka Accord, and it paved the way for devolution of power. The irony is that the limited devolution envisaged by the amendment flourishes in all other provinces of Sri Lanka, where it has empowered local politicians, but not in the Tamil north or the east at which it was primarily aimed.

In fact, had Sri Lanka shown seriousness about resolving the Tamil question and taken concrete steps to bring political normality to the North and East, India might never have associated itself with the 2012 resolution. The allegations against the Sri Lankan army would not have gone away but efforts by the Sri Lankan government towards a political settlement would have brought India firmly on Sri Lanka’s side, and helped it win more friends internationally.

Instead, President Rajapaksa played fast and loose. At times, he declared he was in favour of “13th Amendment plus”, raising hopes he would actually improve on it. At other times, he spoke of 13th amendment “minus” police and land powers; he talked also of a “home grown” solution. As a result, his political position on this issue is unclear, and the parliamentary select committee set up recently is seen by the Tamil leadership, not unsurprisingly, as a delaying tactic. As recently as January 2012, he professed commitment to the 13th amendment to S.M Krishna, only to later deny that he had ever made such a commitment to the Indian minister.

Officials said more than the alleged human rights violations, New Delhi’s decision not to vote against the resolution was motivated by the desire to send the message that Sri Lanka must act on devolution commitments, either by implementing the 13th amendment or by using it as the starting point for a substantial political settlement of the Tamil question.

Although coalition politics had some part to play in India’s eventual decision to vote with the U.S., negotiators had believed that abstaining would send that message just as well. But even as it considered abstention, India was quite clear that the text had to be amended.

Focussed as Sri Lanka was on efforts to defeat the resolution, it did not foresee that New Delhi would even consider anything other than helping in this. Its first reality check came when New Delhi conveyed to the Sri Lankan foreign office that it was considering proposing amendments to the text of the resolution, and asked for inputs.

Playing on the arithmetic, Sri Lanka has now chosen to count the abstaining countries as “friends” along with those who voted against the resolution. The eight abstentions with the 15 votes against add up to one less than the 24 votes in favour of the resolution.

But the message New Delhi received back then from Colombo was that abstention was not a choice for India. It sent no inputs for the amendments. It is rare for one country to negotiate with another — entirely on its own — to prevent intrusive international intervention in a third country. While it is nice to think this was to protect Sri Lanka, clearly India also had its own interests in mind.

The March 19 announcement by Prime Minister Manmohan Singh that he was “inclined” to support the resolution pre-empted the negotiations, and tied Indian hands from proposing radical changes to the text, such as the link to the 2009 resolution. From then on, Indian negotiators focussed on getting the intrusive portions in paragraph 3 amended. The U.S. gave in on the condition that India would definitely vote in support of the resolution.

While India believes it has succeeded in sending out a powerful message to Sri Lanka — and also laying to rest the China bogey — it is not clear if Sri Lanka has yet understood all the implications fully. Both the Sri Lankan state and the Tamil minority have always been vociferous in the demand that India must play a role to resolve the island’s ethnic question, but have never been satisfied unless India takes their side unquestioningly and completely. Predictably, in the present situation, neither side is happy — the Sri Lankan state feels betrayed by India, and has chosen to see the amendments as superficial; the Tamils are disappointed that India watered down the resolution.

New Delhi’s hope now would be that the Rajapaksa government takes up seriously the issue of a political settlement, even as it implements the Lessons Learnt and Reconciliation Commission recommendations. Despite the amendments to the resolution, the country is undeniably under watch. Sri Lanka must make a presentation to the UNHRC later this year; that will be followed by the Human Rights Commissioner’s report at the 22nd session next March. Unless it makes a genuine attempt to reach out to the Tamil political leadership and people, the international community will continue to look unfavourably at it. India would also hope that the Tamil leadership will play a constructive role in helping Sri Lanka, and be able to recognise and separate the possible from the impossible.