In the recently released factual supplement on the violations of international law in Sri Lanka’s conflict, the US State Department Office of Global Criminal Justice (GCJ) exposes the defects in the investigations into the crimes reported by the Sri Lanka’s President appointed LLRC and the deviations in the LLRC report with reference to the report by the UN’s Panel of Experts (PoE). Tamils Against Genocide (TAG), an activist group in the US, expressing concern for the damaging impact of the report to Tamil justice, said, "the deficiency in the fundamental framework of reference articulated in the key sections of "accountability" and the "legal framework" will seriously undermine justice for the victims who were subjected to the ‘crime of the 21st century’ where the Sri Lanka state stands accused of killing more than 40,000 Tamil civilians."

The report, however, points out, with commendable precision, the defects in the mandate and in the execution of investigative procedures in providing an estimate of civilian casualties, shelling of the No Fire Zone (NFZ) crowded with civilians, attacks against humanitarian objects, white flag incident and other alleged violations of international law. 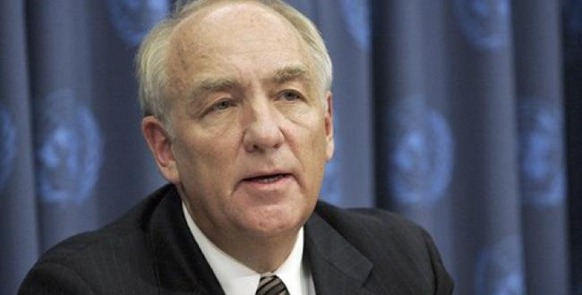 "But, the Accountability section fails to articulate the failures of past internal Commissions of Inquiries (CoIs) that have plagued Sri lanka, black-marking the island as being "unable or unwilling" to conduct impartial investigations. The report also provides an elastic time frame and characteristically undefined metrics to determine whether Sri Lanka’s expected implementation of the LLRC recommendations will be timely and will comply with exacting international standards," TAG spokesperson said, and added:

The US is seemingly advocating a flawed accountability model, and will likely criticize the model when Sri Lanka, with stubborn defiance, fails the international community mandated ‘implementation’ exercise. The language also appears to reflect an alarmingly dangerous long-term intention of the US to help Rajapakses white-wash war crimes. "The US appears to be simply going through the motions as a protector of humanrights, rather than bringing the perpetrators of war-crimes to justice.

The State Department’s analysis of the legal framework for assessing the rights violations in Sri Lanka conflict, as applied to international law, raises several issues. Here, the US’s contradicting positions, through the war, where on one hand, viewing the conflict in Sri Lanka as part of its "war on terror," and proscribing the LTTE as a Foreign Terrorist Organization (FTO), and on the other hand participating in the quartet of co-chairs to advocate a ‘political solution’ to the civil war, provide the backdrop to the seemingly flawed analysis. TAG raises the following issues:

The War Crimes section of the US Government has attempted to critically analyze the viability of the LLRC report and recommendations in a framework, extricated and insulated from a history of failed commissions, and political circumstance where the perpetrator is expected to investigate himself.

Those omissions threaten to invalidate the merits of the analysis, although one can agree on the issue of compelling the GoSL to investigate and rectify the LLRC mandate to create an acceptable and workable option.

But fixation on only the areas of consensus is a Red Herring which detracts from the foreseeable failure of the LLRC as a mechanism to address Tamil killings of genocidal proportions, and to provide accountability and justice to the victims.

USGov:
Factual Supplement to the Report to Congress …