5.32 pm: India’s Home Secretary says there is no cause for panic along the eastern coastline. However, Nicobar Islands have been put on alert.

5.20 pm: The Andaman administration has evacuated some people of Southern Andaman as a precautionary measure, reports PTI.

5.00 pm: An aftershock measuring 8.1 on the Richter Scale hits Indonesia.

4.51 pm: The Chennai Port has been shut following the tsunami alert.

4.18 pm: Indian envoy to Thailand Anil Wadhawa has been quoted as saying Phuket airport has been shut as a precautionary measure.

4.16 pm: TV reports quoting the US Geological Survey are saying that the likelihood of a tsunami following the Indonesia quake is low, since the waves seem to have travelled horizontally.

4.10 pm: BBC says circling the Pacific Basin, on the bottom of the sea bed, lie a dramatic series of volcanic arcs and oceanic trenches. The zone – known as the "Ring of Fire" – is notorious for frequent earthquakes and volcanic eruptions, and coincides with the edges of one of the world’s main tectonic plates. More than half of the world’s active volcanoes above sea level are part of the ring.

4.08 pm: Indonesia says there are no signs of a low tide that typically precedes a tsunami. 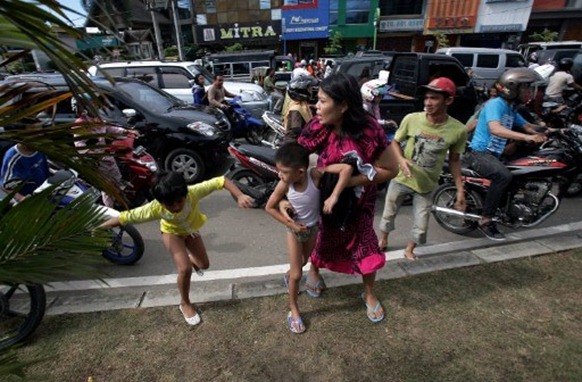 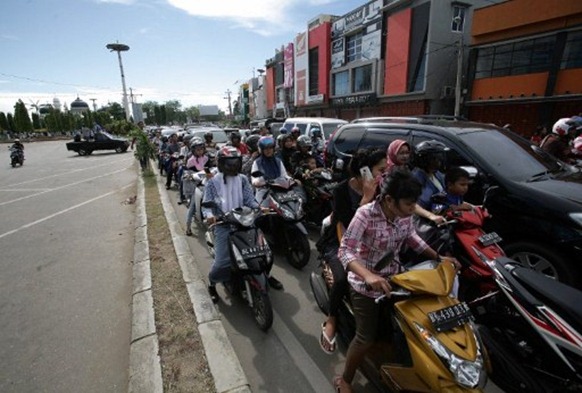 Acehnese people try to go to higher ground after a powerful earthquake hit the western coast of Sumatera in Banda Aceh on April 11, 2012.