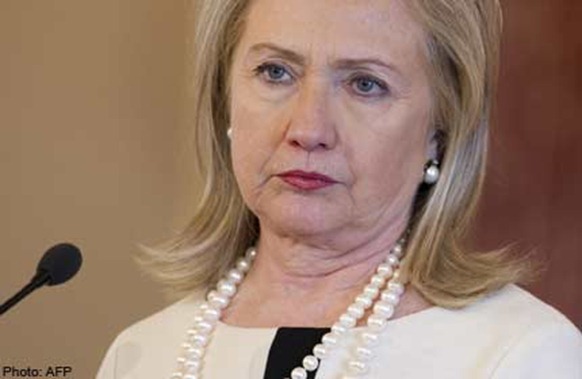 US Secretary of State Hilary Clinton on Friday urged Sri Lanka to build a "democratic nation" with full respect for human rights as it emerges from decades of ethnic war.

Sri Lanka condemned the resolution as wanton interference in its internal affairs.

"It also gives Sri Lankans of all backgrounds … an opportunity to help build a prosperous, democratic nation defined by tolerance and respect for human rights."

Clinton stressed US willingness to support the island’s efforts "to foster national reconciliation and development."

Rights groups have said that up to 40,000 civilians were killed in the final offensive by Sri Lanka’s Sinhalese-dominated military against Tamil Tiger rebels in 2009.

The two communities share a common new year marking the end of the harvest season and the beginning of the monsoon.

The resolution adopted in Geneva urged Sri Lanka to probe war crimes charges, implement the recommendations of a domestic inquiry into the war and seek UN help for reconciliation with the ethnic Tamil minority.

Colombo has denied its troops were responsible for any non-combatant deaths and refused to allow any independent probe into allegations of military excesses.