Utilizing various mediums, including drama, dances, spoken word, songs, and dialogue, second generation Tamil youth in Canada conveyed the message of preserving the Eezham Tamil identity, and continuing the freedom struggle of the Eezham Tamils, at I’lantha’lir – The Artistic Revolution of Tamil Eelam’. The event performed to a packed audience on Friday at The Chinese Cultural Centre in Toronto showcased the historical evolution of the Tamil Eelam Struggle. “An outstanding play with such amazing concept, acting, dances, songs, spoken word, screenplay, dialogue, setting and flow. Our struggles, our nation building capacity, our resilience, our cries, our milestones and our vision were communicated most effectively,” said Neethan Shan, President of the New Democratic Party of Ontario and the Guest of Honor at the event. 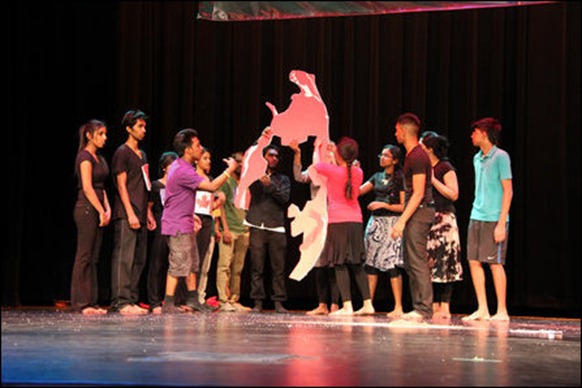 Over one hundred Eezham Tamil youth comprising of students from elementary, high schools, universities and colleges participated in the stage production. The production was run by youth from TYO- Canada, including all technical, sound, choreography, stage placement and props., making it a complete youth run initiative, centered on the history of Tamil Eelam.

Alongside a background narration, youth showed the culture and tradition of Tamil Eelam, epitomized in the kingdoms that flourished in the pre-colonial era. This was followed by Ryerson University Tamil Students Association portrayal through dance, of the British colonization and amalgamation of the two distinct nations, and the Tamil struggle for independence against the British colonizers.

Spoken-word, dance, music and dramatic renditions further showed the oppressive impact of the Sinhala Only Policy, the beginning of the non-violent movement against Sri Lankan hegemony, the birth of the Vaddukkodai Resolution, and the atrocities and massacre committed against the Eezham Tamils, including the burning of the Jaffna Library and Black July of 1983.

Through a fusion of cultural and modern dance formats York Univeristy’s Tamil Students Association showcased the evolution of the armed struggle phase in the Tamil freedom movement, culminating with the 2002 Ceasefire.

Carlton Univeristy Tamil Students Association performed a play on the Mullaivaikal Genocide, which was portrayed alongside the historic world-wide protests by the Tamil Diaspora, as well as the post-Mulaivaikal situation of the internally displaced.

Emotionally performing the plight of Eezham Tamils after 2009, Carlton University also showed through its play the silence of key international community members, including India and the United Nations, while the Government of Sri Lanka and its Armed Forces bombed hospitals and villages, and tortured civilians held in IDP camps.

The stage performance was ended with a symbolic address to the United Nations at the independence of Tamil Eelam. The address outlined the role of the youth, in the homeland and the diaspora, in the struggle for Tamil Eelam, as well as the necessity to never forget the history of the Eezham Tamil people, and a reminder to the youth to always continue the struggle for freedom.

Vijay Than, concluding the event on behalf of the Tamil Youth Organization – Canada, stressed the importance of youth moving the freedom struggle forward, and the necessity to educate the coming generation of our history identity and our struggle, as this is what will ultimately inspire the next generation to achieve the political goal of Tamil Eelam.

“At a time when the Sri Lankan government works endlessly to erase our history, it is up to our youth to be strong-willed and persistent in preserving our identity and carrying forward the thirst for Tamil Eelam” Priyanth Nallaratnam, spokesperson for TYO Canada, told TamilNet.

“The Tamil youth in Canada have shown the importance of never forgetting our history, identity, and culture and most importantly, we have steadfastly declared our demand as the next generation, and we have whole heartedly taken it upon ourselves to uncompromisingly further our struggle for the freedom of our people,” he added. 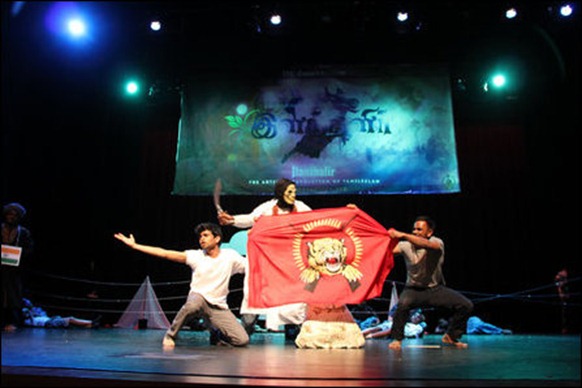