Sri Lankan President Mahinda Rajapaksa today rejected international calls to withdraw troops from the country’s former warzones, warning that LTTE diaspora had not given up separatism.

“Some are shouting remove military camps from the north and east,” Rajapaksa said at a ceremony to mark the third anniversary of crushing of the Tamil Tigers, claiming “the LTTE diaspora had not given up their separatist ideas.” 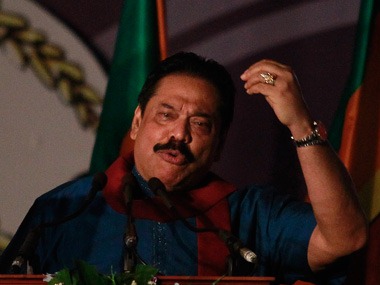 “We cannot jeopardise national security by removing camps,” the Lankan President declared in sharp comments, hours after US Secretary of State, Hilary Clinton said that Colombo should demilitarise the Tamil dominated embattled north and do more to protect human rights.

Sri Lanka’s foreign minister G M Peiris had a 45-minute meeting with Clinton in Washington after which he told reporters that Colombo will carry out its own investigation into the rights abuses during the final phase of the island’s civil war.

The UN, the US as well as India has stressed upon the Lankan administration to demilitarise the former conflict areas and to carry out a national reconciliation.

A recommendation to de-escalate military presence in the north and east also figures in Rajapakasa’s own Lessons Learnt and Reconciliation Commission (LLRC) report.

Rajapaksa rejected conjectures that his forces were involved in the civil administration in the Tamil-dominated north.

“What the Eelamist terrorists could not do through decades of war, they are now trying to achieve through other means,” Rajapaksa said.