(JDS) Three painful years have passed since the end of the bloody ethnic war. While the hawkish government of Sri Lanka is busy celebrating its military victory over the Liberation Tigers of Tamil Eelam (LTTE), hundreds of thousands of Tamil people who have lost their loved once to the bloody war are forced to mourn silently. Mourning publicly is considered a traitorous act and a threat to the national security. 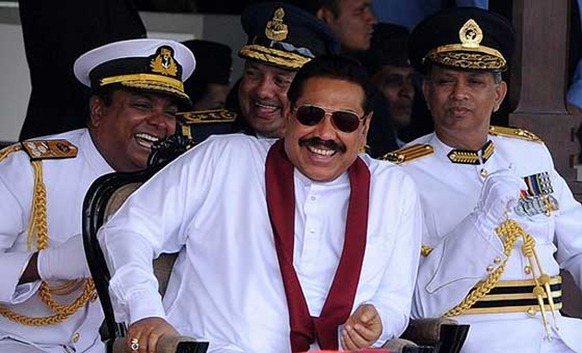 As usual, military parade in the Galle Face Green in the heart of the capital city is the highlight of the day’s events this year too. Foreign dignitaries and Colombo-based diplomatic heads of missions were seen shamelessly occupying the front seats of the celebrations, witnessing the military might of Sri Lanka.

This is despite the fact that the UN Expert Panel categorically saying that it was the same military men and commanders — on the instructions of its political masters — carried out systematic direct and indirect attacks targeting the starving Tamil civilians, food convoys and hospitals several times during their efforts to wipe out the LTTE.

The scale of systematic violence and magnitude of the deaths and destructions are huge and unprecedented that even after three years, the actual count of the people killed during the final phase of the war remains unclear. The estimates rage from 7000 to a mammoth 150,000. The Rajapaksa government which adamantly maintained that it adopted a “zero civilian casualty policy to the very end of the war” has now begun to accept that a few civilians may have been killed.

War on terror and R2P

It is no a longer a secret that many world powers, that have helped the Rajapaksa government to defeat the LTTE under the notorious theory of “war on terror” were watching via satellite images how badly this was conducted and ultimately brought to a terrible end, violating every word and spirit of the international human rights and humanitarian law.

Now everybody is joining the global bandwagon of post-war rehabilitation and reconciliation in Sri Lanka. Can that be possible without truth, justice and accountability process? Who will be held responsible for the massacre of over 100,000 innocent Tamil civilians? What happened to the thousands of LTTE cadres surrendered and kept in military custody since the end of the war? Who will be held responsible for repeatedly mounting attacks on civilian targets, hospitals, UN food convoys and ICRC medical supplies in the Wanni? Who will be responsible for ordering and killing the unarmed guerrilla leaders, who chose to surrender with white flags with the involvement of a UN intermediary? Can these burning issues be ignored and move on to reconcile? Can there be any reconciliation without these questions being addressed?

On the ground, in the name of resettlement and post war rehabilitation, all what the government was doing is waging the war by other means, certainly with more intensity. Suicides, rapes, prostitutions and teenage pregnancy are rampant in these areas. According to a latest report, there are up to 90,000 war widows and several thousand of orphans in the Tamil-speaking Northern and Eastern provinces of Sri Lanka as a result of the final phase of the war.

Most of the people from the refugee camps were being relocated and not resettled in their native places. There are systematic Sinhala colonisations to alter the demography of the Tamil heartland. Permanent military camps and cantonments are being built in the name of national security. No civil function, not even a school sports meet, could be held without inviting the local military commander.

Even the so-called rehabilitated former LTTE cadres are getting disappeared and killed one after the other. There has been no investigation into the disappearances and their next of kin are left to hang dry and high. A recent report said that over 5600 people have been made to disappear since the end of the war. It, however, has no head count of how many people were missing during the war. Journalists are still being targeted and compelled to continue with their reporting with severe self-censorship.

Critics are continued to be silenced and those called for international war crime probe are mercilessly targeted, tortured or abducted.

The military is literarily running the day-to-day affairs of the civil administration in the North and the East even though there is a civil administration for the ceremonial purposes. On Thursday (May 17, 2012) school children from the schools in Jaffna were forced to attend the victory parade at the Palaly military base where they were compelled to honour the soldiers in parade. Sadly enough, some of the children attended the function had lost their parents during the final stage of the war in the hands of the military and were commemorating their deaths.

On Friday, the secretary of the Jaffna University Students’ union, S. Dharshanath, was brutally attacked while he was riding on his way to the university amid huge military presence. A group of heavily armed men have stopped him at a junction located few meters away from the university and attacked him brutally with iron rods and sharp weapons. He is now undergoing medical treatment at the Jaffna Teaching Hospital.

These ground realities clearly depict that the government is not at all interested in reconciliation and focus only on keeping the country, especially the north and the east on the war footing. For them, it was a terrorist problem and the terrorism is crushed.

The conduct of the final war and the subsequent release of a short video recorded by the Sri Lankan soldiers engaged in the bloody war and released by the Journalist for Democracy in Sri Lanka (JDS) caught the attention of the world on the widespread war crime allegations.

The UN expert panel released in March 2011 said that it “has found credible allegations, which if proven, indicate that a wide range of serious violations of international humanitarian law and the internal human rights law was committed by the government of Sri Lanka and the LTTE, some of which would amount to war crimes and crimes against humanity”.

The Channel 4 produced two powerful documentaries, compiling the short video films recorded mainly in mobile phone cameras of the trapped civilians in the war-zone, LTTE cameramen and government soldiers. The release of these two documentaries came as video and photographic evidences of what have been said in the UN panel report.

Fairly and squarely blaming the international community, including the UN for their failure to stop a civilian killings of this magnitude, the UN panel report said that “the United Nations political organs and bodies failed to take actions that might have protected civilians” getting killed daily in thousands.

Accountability is not a matter of choice

The UN panel notably said that the accountability for serious violation of international humanitarian or human rights law “is not a matter of choice or policy” of a government, but that “it is a duty under domestic and international law”.

While rejecting the Channel 4 documentaries as pro-LTTE propaganda work, the rhetoric Rajapaksa government snubbed the UN expert panel report as biased and baseless. It continues to defy the calls for an international probe into these serious allegations, ironically reducing the UN report to remain just a report.

Aimed at neutralising the mounting pressure for an international war crime probe, President Mahinda Rajapaksa established a presidential commission of inquiry, named Lesson Learnt and Reconciliation Commission (LLRC) as a time-buying exercise with the mandate “to look back at the conflict Sri Lanka suffered as well as to look ahead for an era of healing and peace building in the country”.

After much delays and fuss, the LLRC released a report, but there was not a word about the burning issues of war crime allegations and other abuses or international probe. Unfortunately, the international community is happy with the outcome of the LLRC and calling for its implementation. Sri Lanka is using its regional allies, such as China and India to defend itself at the international forums such as the UN.

The resolution passed on Sri Lanka in this year’s UN Human Rights Council (UNHRC) could well be described as a first step at the right direction, but it fell well short of calling for an international probe into the serious war crime allegations, which are now well documented and available at the public domain.

According to the eye-witness accounts, the Tamil civilians holed up in a small strip of land and facing a maximum firepower of a country that was supported by many of its regional and international allies, were hoping till the very end that there would be some international humanitarian intervention to rescue them from killing fields. But, these powerful nations, which have made several military inventions under the slogan of the "Responsibility To Protect" (R2P) and actively helped dislodging many governments under the banner of "restoring democracy", chose to ignore their plight and were holding diplomatic talks with the Colombo regime.

Even after three years the same fate continues, the diplomatic talks were still being held and the false promises are accepted in full faith.

For the Tamils and peace loving people in Sri Lanka, the biased and dubious posture of the international community with regard to the plights of Tamils and the call for a credible war crime accountability process, has been much more punishing, damaging and disappointing than the conduct of the Mahinda Rajapaksa government of Sri Lanka before, during and after the war.