A prominent human rights organisation has called for deportation flights to Sri Lanka to be halted because it says it has evidence that returnees to the island nation are being tortured.

Human Rights Watch has said it has uncovered evidence to show that at least three Tamils forcibly deported to the country by UK immigration officials were subsequently tortured. They are calling for a UK border agency deportation flight to Sri Lanka due to leave this afternoon carrying dozens of passengers to be halted to prevent failed asylum seekers on the flight from being subjected to similar treatment. 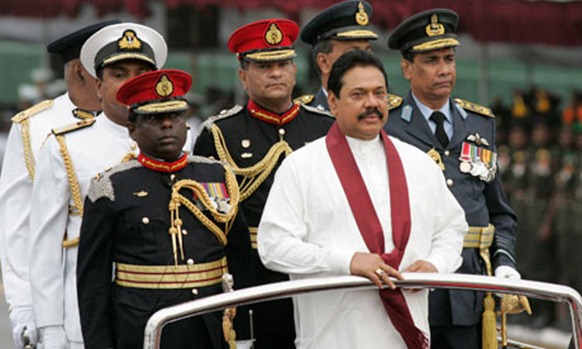 Sri Lankan president Mahinda Rajapaksa, who is due to dine with the Queen during her jubilee celebrations. Photograph: Chamila Karunarathne/AP

HRW said that in one case, the Immigration and Asylum Chamber accepted that a woman who managed to make her way back to the UK in late 2010 after having previously been deported by Border Agency staff, was tortured and raped following her forcible return to Sri Lanka.

The human rights group has documented a total of 13 cases of people who, after being returned to Sri Lanka when their asylum claims in various European countries failed, were subsequently tortured by government security forces. The methods employed included scalding with cigarettes and heated iron rods and suffocation with plastic bags.

The charity added that there could be many more as yet uncovered cases of torture following deportation.

In a statement, HRW said: "The United Kingdom should immediately suspend deportations of ethnic Tamil asylum seekers to Sri Lanka and review its policies in assessing these claims."

The Home Office’s latest guidance on the country, dated April this year, says it had considered reports by Freedom from Torture and Human Rights Watch on torture but "following current case law, maintains that at present it is safe in general to return failed asylum seekers, including Tamils, to Sri Lanka".

The Home Office report also contains a letter from the British High Commission in Colombo giving an account of the last mass deportation flight from the UK that left the country on 28 February this year.

The flight had 52 "enforced returnees, many of whom were failed asylum seekers" and, according to the letter, the "ethnic split of the returnees was 29 Tamil, 13 Sinhala and 10 Muslim, and there were 45 males and 7 females".

It says that at Colombo airport, senior officials from British High Commission were waiting along with officials from Sri Lanka’s Police Criminal Investigations Department (CID), SIS and airport security.

It adds that High Commission officials "watched each returnee go through the customs control to ensure they were not stopped or harassed in any way".

David Mepham, UK director of Human Rights Watch said: "The British government’s asylum procedure is failing to identify Tamils at risk of torture upon return to Sri Lanka despite growing evidence that the torture of Tamil activists deported from abroad occurs.

"Until the government can fairly and thoroughly assess asylum claims based on up-to-date human rights information on Sri Lanka, it should suspend returns. This is not just a matter of the UK respecting its international legal obligations, but a matter of basic decency."

Ahead of today’s expected deportation flight, a UK Border Agency spokesperson told the Guardian: "The UK has a proud record of offering sanctuary to those who need it, but people who do not have a genuine need for our protection must return to their home country.

"We only undertake returns to Sri Lanka when we are satisfied that the individual has no international protection needs. The European court of human rights has ruled that not all Tamil asylum seekers require protection."