Speaking in line with the SL courts in Jaffna on Monday, EPDP paramilitary leader Douglas Devananda, who is a minister in Mahinda Rajapaksa’s cabinet, threatened protesting volunteer teachers from Vanni, declaring that if he uttered the word ‘postpone’ to the SL authorities, their appointments would be put on hold forever. Seating besides Maj. Gen. (retd) GA Chandrasiri, the colonial military governor of North, Mr Devananda, in a discriminating tone, said that the SL president doesn’t like those who protest. The volunteer teachers, who have served for more than 12 years without SL government salary in Ki’linochchi and Mullaiththeevu districts, have been promised permanent employment each time they were staging protests, but find them discriminated on every occasion. On Monday, they were protesting outside the provincial education ministry situated in Nalloor, Jaffna. 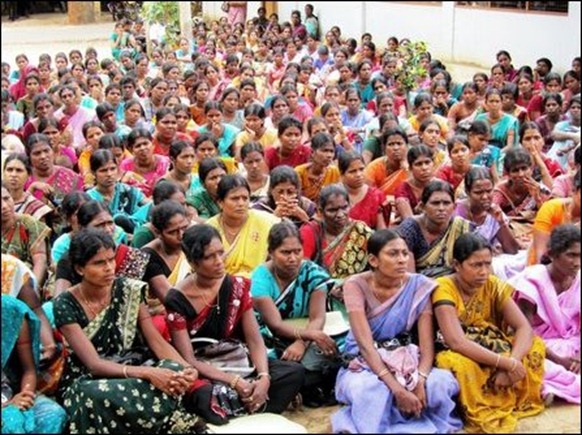 The volunteer teachers from Vanni have been demanding permanent employment for a long time. Throughout the last three years after the genocidal war on Vanni, they were staging their protests in Ki’linochchi and Jaffna.

The Tamil civil administration in Vanni under the LTTE appointed the teachers to the vacancies, and was paying their salaries as there was no appointments made by the SL government.

Many of the teachers have lost their family members in the genocidal onslaught on Vanni and are struggling without proper assistance.

The performance by Devananda on Monday also had a gender discrimination connotation, in complete contrast to what his group claimed to have achieved, before it became a paramilitary group, ex-militant sources in Jaffna said. 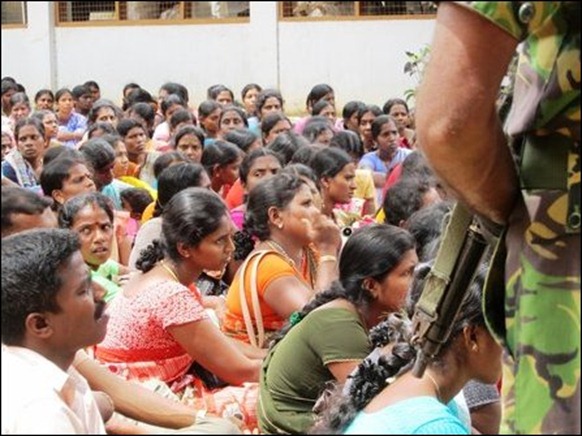 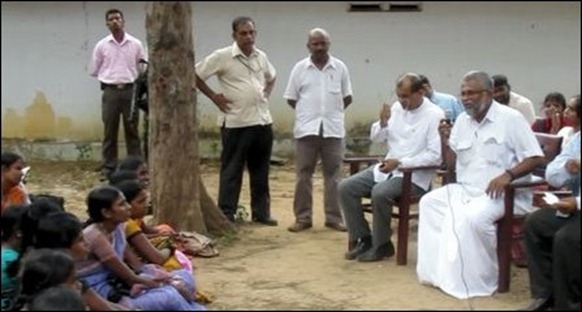