The Obama administration did fight to get a seat on the Human Rights Council (HRC) in 2009; something that George W. Bush probably did not even contemplate. And, as David Bosco has noted, the US has been relatively active at the HRC since that time. Bosco goes on to say that “The United States has laid special emphasis on the Council’s use of special experts, individuals given a mandate to investigate some particular country or human rights theme.”[1] On the other hand, the Obama administration’s approach towards experts wanting to examine US policy has been rather mixed, especially “when UN experts request information about sensitive areas of national security and counterterrorism policy.”[2] 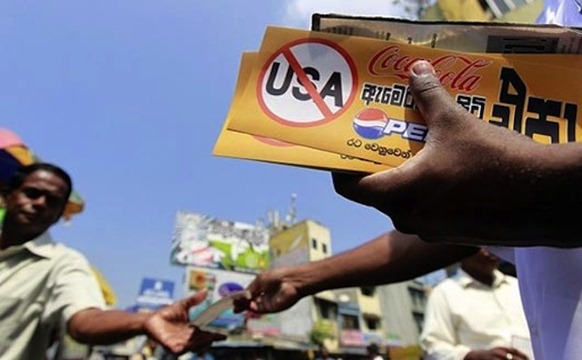 Since the dawn of the Cold War, it has always been easy to question American intentions when it comes to human rights. That said, Obama’s escalation of drone attacks in Afghanistan, Pakistan and elsewhere is disturbing. It reveals a very high tolerance for (inevitable) civilian casualties and an inability to see that the proliferation of such attacks is harmful to US interests over the long-term. A recent New York Times article about President Obama’s management of a ‘Kill List’ is not helping matters.

George W. Bush was a walking contradiction when it came to human rights, but, in many ways, President Obama’s policies have been even worse than those of his predecessor, especially as it relates to counterterrorism.[3] Obama loyalists need to stop pretending that the president cares about international human rights[4]; the president’s record on foreign policy does not support such a notion.

Strong, bipartisan US support in defeating the LTTE aligned almost perfectly with America’s broader “Global War on Terror,” a cause venerated by most of the American foreign policy establishment.

All of this makes me wonder what was driving US diplomatic efforts in Geneva last March. Not least because, on the same day the HRC resolution was passed, the US State Department announced a loosening of restrictions to sell surveillance equipment to the Sri Lankan government.[5] In spite of what the US government says, it is hard to see the two developments as completely unrelated. Was the resolution mostly about human rights? Or was it mostly just about power? Was it a reminder that America’s selective application of human rights continues under Barack Obama’s watch?

Perhaps an equally important question is the following: What will happen at the Human Rights Council if Obama is not reelected?

Were he to defeat Obama, I do not think anybody is expecting an especially progressive or nuanced foreign policy from Mitt Romney, the Republican presidential candidate. Most of the people advising Romney on foreign policy are consummate Washingtonian insiders, reluctant to acknowledge American decline or contemplate what a more humble foreign policy can and should look like. Besides, there are times when Romney has shown a profound lack of understanding about America’s strategic priorities on matters of foreign policy and national security. This spring he proclaimed that Russia was America’s ‘number one geopolitical foe.’[6]

It is true that the US presidential election will be decided on domestic issues, not foreign affairs. Nevertheless, Romney’s inability (or unwillingness) to articulate a coherent (and more modest) foreign policy is not what one would hope to see from a future commander-in-chief.[7] He needs to go beyond empty rhetoric about “American greatness.”

A Romney presidency would probably herald foreign policy continuity more than anything else, though Romney might place less emphasis on creating the veneer of multilateralism that Obama has usually been keen on.

The Twenty-Second Session of the Human Rights Council

I have no idea what the Rajapaksa administration is thinking, but they do not seem to be taking the resolution passed at the HRC’s 19th session very seriously. One can already envision a speech by a senior government official in March 2013 saying something like the following: The government of Sri Lankan has carefully selected many, many good recommendations after thoughtful deliberation with a variety of actors, but that, unfortunately, there are just so many recommendations that have been selected…..and Sri Lanka is just coming out of its thirty year defeat of terrorism….so more time is needed. People need to just be patient while the government quietly implements some LLRC recommendations….please be patient and check back in a couple years.

The HRC resolution on Sri Lanka was important, although there are still many reasons for people to be skeptical about what can be accomplished at the Council. The door has been left open for continued scrutiny of Sri Lanka’s human rights record; even though there is still a very real chance that empty rhetoric and hollow promises from the Rajapaksa administration will be enough to forestall more meaningful action at the HRC. There is a significant group of (mostly powerful) countries that intermittently champion good intentions but face few consequences for their respective inconsistencies. Whether the current regime in Colombo can add Sri Lanka’s name to that list remains to be seen.