There were two mass protests that took place last week, both very important. On 19 June there was a protest in the North against land grabbing, called by the TNA. The NSSP was also invited and a group led by Jenagen and Ranath participated in the event. Riot control commandos of the Police were deployed in large numbers, confronting hundreds of peaceful protesters. Protesters objected to the land grab undertaken by the military command which behaved like an occupying army in the Tamil homeland.

The protesters were demanding immediate resettlement in Valikamam North. Parking several vehicles across the road and deploying armed riot commandos, the officers of the police told the protesters that they would not be allowed to march on the KKS Road to hand over a petition at the Divisional Secretariat in Thellippazhai. Army showed a court order issued to them to justify their action. The document has no relevance to the peaceful protest of the displaced people led by political leaders. This point was clearly explained by the leaders. 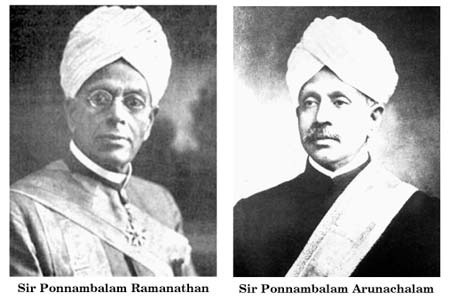 Finally, Police allowed the leaders to meet the AGA, and all political leaders present addressed the crowed. Ranath said “Land in the Tamil homeland should be controlled by the people of the area. Without any consultation with the people of the soil the army has taken authority behaving like an occupying army.

We must face this with mass actions and legal action against the Mahinda regime. These are done with orders from above. Mahinda regime is interested in grabbing land to be given to alien investors. They get the commission and the support to carry on. We must combine all our struggles, including the struggle on the international plane, to defeat this enemy of the people.” Ranath demanded Mahinda to respond quickly and warned to step up the protest campaign unless there is a favourable response from the government.

The June 22 meeting organised by the ‘Platform for Freedom’ in Matara was a success. It was a seminar held in the postal department public hall. Over three hundred attended and the hall was full. MP Sumanthiran was the special speaker at this meeting which was to discuss the LLRC recommendations and other relevant matters.

Sumanthiran explained in very simple way and in an attractive style the meaning of ‘the right of self determination’. “Sinhala are a great people and we respect them” he said and added “So are we, the Lankan Tamils. We expect equal respect and we want to live in our way, within our traditions, in our homeland. We do not want to separate but if that is the only respectable option given to us, certainly we will take it.” Some body in the audience said that it is the only occasion he could remember where a Tamil leader came to address Matara people. Sumanthiran said in answer that in the early period of the freedom struggle Tamil leaders came to the South to support the common issues. Probably he was referring to the days of Ponnambalam Ramanathan. One of Ramanathan’s remarkable achievements was the winning of the election for the Educated Ceylonese seat in the Legislative Council, in 1911. He defeated Dr. Marcus Fernando, a popular Physician. Ramanathan retained the seat for over ten years.

In 1915, Sir P. Ramanathan was very much in the forefront during the widespread and prolonged ‘Sinhala Muslim’ riots in Lanka; when he battled for the release of the Sinhala leaders who were held in detention. In October 1915, he even made a hazardous journey to England, during the First World War, to present their case personally. He won their release, and on his return, the supporters of the leaders showed their appreciation by carrying him in a palanquin from the landing jetty to his residence at “Sukhastan” Ward Place, in Colombo. Contrary to widespread Sinhala chauvinist view, Sir Ponnambalam Ramanathan was not only steeped in Hindu and Christian theology, but was deeply involved in the revival of Buddhist activities in Ceylon. He was responsible for the Government declaring Wesak a public holiday, and was closely associated with Col. Henry Olcott, the co-founder of the Buddhist Theosophical Society (BTS), in promoting Buddhist education in schools.