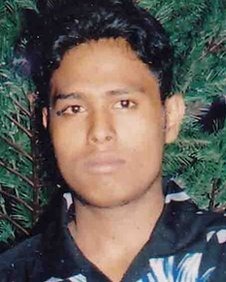 The parents of a prisoner who died in obscure circumstances in Sri Lanka are locked in a battle with officials who say his body cannot be taken to his home town for the last rites.

Ganesan Nimalaruban died and several other inmates, all Tamil Tiger suspects, were reportedly injured after a failed prison mutiny in the north.

The authorities deny mistreating him, saying he died of a heart attack.

They say that the prisoners were working with Tamil separatists abroad.

Human rights lawyers working with the parents of Mr Nimalaruban have lodged a petition over the death at the Supreme Court.

They want to overturn a court ruling that he must be cremated near the capital, Colombo.

His grieving mother and father say they would prefer to give him the last rites in their home district, Vavuniya in northern Sri Lanka.

They reject assertions by the authorities that such a funeral would be a security risk.

It was in the Vavuniya prison that 32 inmates who are Tamil Tiger suspects took three prison guards hostage in late June, holding them for 19 hours in a protest against prisoner transfers.

The siege was successfully broken and all the prisoners relocated.

But rights campaigners and Tamil MPs say the prison authorities and police worked with other inmates to exact a terrible revenge, attacking them with stones and weapons, physically throwing them or breaking their legs.

Nimalaruban’s parents said his body was covered in blood.

The authorities deny all the accusations.