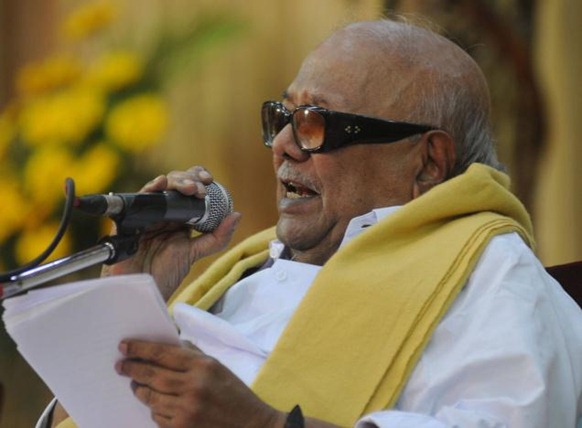 The Tamil Eelam Supporters Organisation (TESO), a forum started by DMK leader M. Karunanidhi, on Monday urged the Indian government to join hands with like-minded nations to bring political and economic pressure directly and indirectly on the Sri Lankan government to ensure justice and rehabilitation of Tamils in the country.

The theme-paper for the TESO conference to be held on August 12 also wanted India to take the lead in creating a “group of nations” to empower Tamils and ensure the settlement of land claims and foster traditional livelihoods.

Mr. Karunanidhi, who released the theme paper, denied media reports that the conference was unlikely to take place.

He said copies of the document had been sent to leaders of political parties and others who wished to participate in the conference.

The document said without dealing with issues such as “Sinhalisation of Tamil areas, occupation of Tamil areas and houses by the Army and denial of permission to organise social events in North eastern provinces and violation of basic rights, the rehabilitation of Sri Lankan Tamils would only be an eyewash and a distant dream.

While calling upon the Union government to provide citizenship to all Sri Lankan Tamil refugees in India to ensure that they lived peacefully, the theme paper urged the Sri Lankan government to release Tamils who were languishing in prisons without any legal proceedings against them.

One of the important suggestions of the theme paper was for setting up an Indian Navy unit either at Dhanushkodi or at the Mandapam camp to prevent "atrocities unleashed by the Sri Lankan Navy against innocent and unarmed Tamil fishermen."

“If the solutions and suggestions made by this conclave do not change the attitude of the Sri Lankan government and Tamils are subjected to same hardship and inhuman treatment, the conclave will meet again to decide the future course of action,” the TESO theme paper said.

Asked why the paper was silent on a referendum for a separate Eelam, Mr. Karunanidhi said that in democracy it was unfair to force an idea before listening to the views of the conference delegates. “Now, there will be no protests or agitation in favour of a separate Eelam. The immediate requirement is to heal the wound of the Tamils and enrich their livelihood,” he said while responding to a question whether he had an open mind on a separate Eelam.

Mr Karunanidhi said all political parties, including the Congress, would be invited for the conference.