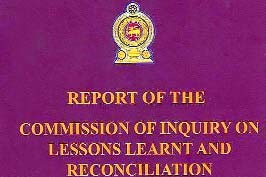 On 26 July a government website presented the proposed Action Plan (AP) to implement the LLRC’s recommendations. The plan needs to be reviewed seriously though I am inclined to conclude that it is mostly bluff, but let me not cross my bridges before I reach them. AP is presented in tabular form under five headings: Humanitarian Law (4), Human Rights (28), Land & Resettlement (9), Compensation (3), and Reconciliation (30), where the figures in parenthesis are the number of items into which the proposed actions are partitioned. I find it useful to review AP at three levels, viz (a) straightforward, (b) critical and (c) incisive. The straightforward approach is to take the document on trust and review the adequacy of what has been proposed and note what has been omitted or glossed over. The critical reading will consider the adequacy of the government’s implicit political approach; a sharper comment will be reserved for the concluding section of this article.

The Humanitarian Law section contains a proposal to conduct a detailed survey by the Census and Statistics Department; the Human Rights section proposes comprehensive human rights education programmes, centralized data collection on missing persons, and several proposals to screen and retrain young people and those with disabilities. The responsibilities are assigned to the relevant government departments (excluding the Defence Ministry and the Police) and I think a reasonable job will be done if resources are made available and filthy UPFA politicians kept out. There are also plans to lift restrictions on visits to places of worship and lift restraints on persons from overseas visiting their relatives in resettled areas. This will also be implemented, but why on earth 12 months and six months, respectively, are needed for full implementation is quite baffling.

What has been said under the Land & Resettlement head is mostly bluff. Other than the assertive opening clause that any citizen of Sri Lanka has the right to acquire land in any part of the country, the remainder is wishy-washy. Return of lands taken by HSZs is brushed aside with a “Release where possible” comment, a National Land Commission to implement land policy guidelines under the 13th Amendment gets a mysterious “To be confirmed” which makes one wonder whether the government is contemplating repealing 13A or mucking around to turn it into 13A minus-minus. The 24 months set aside to complete Payment of Compensation is far too long but my hunch is that the payments will eventually be made as the names of ‘resettle-es’ get recorded on voter registers.

About half of the proposals in AP under the Reconciliation head are to be implemented by agencies other than the Defence Ministry, the Police and the Parliamentary Select Committee (PSC), and we can be hopeful that some of this will get done if resources are provided. Apart from, and far more important than these specifics, is leadership to get things done, and that will not emerge till after the Northern Provincial Council elections and independent Tamil leaders are in place. This prospect however, the Rajapaksas are resisting tooth and nail.

What is clear is that under intense international pressure the government is proposing to implement some LLRC recommendations; those that are unavoidable in a post-war scenario if the government is to govern at all, and those proposals that are not linked to a political solution of the national question, or to ending the military occupation of Tamil areas by the Sinhalese army (I use this terminology with great deliberation, but not with the same connotations as when a Tamil ultra-nationalist says it). Politically sensitive LLRC recommendations such as (real) judicial review of legislation and constitutional amendments, devolution of power, and dialogue with minority parties gets short shrift; these matters are shunted off with a “Refer to PSC.” The key political issue of the moment, devolution of power is simply ignored by the AP. Following on damp squibs called the APRC Expert Committee, the APRC, and the pseudo negotiations with the TNA, the PSC is only another stalling device. Have no illusions, others will follow in a queue. I have read somewhere that Hillary Clinton greeted the Action Plan as “excellent;” Mrs. Clinton is said to be smart, and her brains are said not to be parked in her nether regions; well, that’s two more items for investigation!

The LLRC called for an independent public service commission and demanded that attacks on journalists stop. On the former, the AP says it has all been done; the servile public service commission provided for under the 18th Amendment is being passed off as independent! As for traumatizing and murdering journalists, yes you got it; the task of calling off the attacks is assigned to the Defence Ministry and the Police. Well, if you had a macabre sense of humour, you could say AP has assigned the job to exactly the right agencies who can call off the sadism if they so wish!

This brings me to the most fundamental matter, the one thing that the AP will not do; that is demilitarization of Tamil areas and ending systematic state sponsored physical violence against Tamils, political opponents and journalists. All the LLRC’s recommendations on such matters, the AP says, should be referred to the Defence Ministry and the Police. You think the authors of this Action Plan are comics or screw-loose?

Here are some key items which the AP proposes to allocate to the Defence Ministry and the Police:

1. “Allegations of abductions, enforced or involuntary disappearances, and arbitrary detention.”

2. “Death or injury to civilians could have occurred, and if such investigations disclose wrongful conduct, prosecute and punish the wrongdoers.”

3. “Investigation into the Channel 4 Video.”

This is unbelievable, or if a cynic, you could say: “That’s just what I expected, you tell the culprits to investigate and punish themselves.” Demands for the removal of Defence Secretary Gotabaya Rajapaksa have at long last begun to surface from the liberals, adding their voices to the Marxist left.

I am still puzzled why the UNP is fighting shy of a motion in parliament pointing out that a multitude of sins cannot be properly investigated until the top echelons of the Defence Ministry are swept aside. Mine is not a personal vendetta against an individual but the imperative bottom line for impartial investigation and for pushing back the systematic erosion of democracy by the military establishment.