Gobi Sivanthan, UK based Eezham Tamil youth activist, concluded his 22 day hunger strike coinciding with the final day of the London 2012 Olympics, on Sunday. Eezham Tamils from across the UK gathered at the spot where Sivanthan was fasting at Stratford, to convey solidarity with his protest as he broke his fast at 4 PM. Sivanthan had undertaken the hunger strike with five demands, including calling for an immediate halt to the “ongoing genocidal land grabs”. After the end of the fast, Tamils took a procession to Aspen way, along the route of the closing ceremony of the Olympics, and staged a three hour demonstration calling for a free Tamil Eelam and an end to the genocide of the Eezham Tamils. 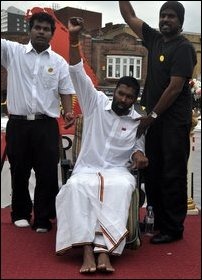 He further said that the ICRC has a special responsibility to act on this matter because it was familiar with the workings of the LTTE, criticizing it for its silence.

“The prisoners must be protected from the abuses that have already been carried out by their Sri Lankan captors, in addition to possible abuses including possible death at the hands of the racist genocidal regime,” Mr. Levidow said.

Parameswaran emphasised on the need for diaspora organizations to be clear on the fundamentals of the national liberation struggle while dealing with external actors. 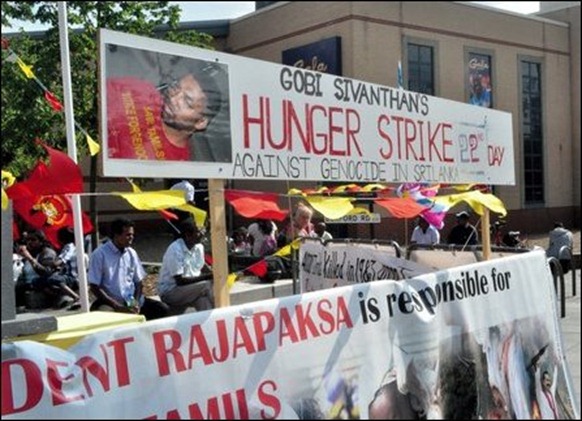 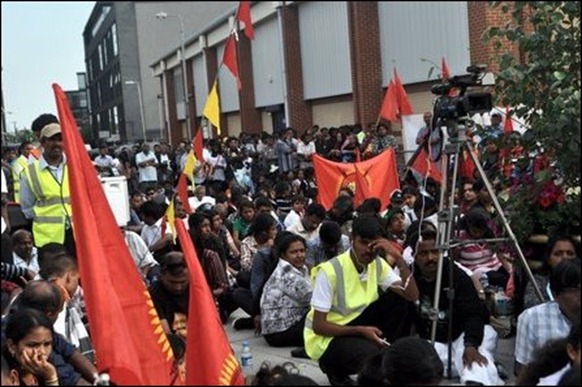