In a legal blow to U.S. anti-terrorism laws used in extraditing Tamils caught in various sting operations of the U.S. law enforcement authorities, the 109-page opinion issued by the Federal Court of Australia’s Judge J. North agreed with the Eezham Tamil defendant, Thulasitharan Santhirarajah, that in approving the extradition request, the Australian Attorney General (AG) fell into jurisdictional error on six different legal issues, the most precedent setting among them being that the offences charged by the U.S. were "political offenses," and therefore, that under section 22(3)(a) of the Extradition Act 1988, the Court was empowered to grant relief by prohibiting the "AG acting on her determination to surrender the defendant to the US."

Washington-based legal scholars told TamilNet that the Australian ruling supported by detailed legal opinion has dealt an irrecoverable legal setback to future requests by the U.S. government to extradite Tamils accused of providing material support to organizations listed under the US State Department’s list of "Foreign Terrorist Organizations (FTO)." The legal on "political offenses’ is likely to reverberate in liberal judicial institutions across the world, including consideration of asylum applications of ex-LTTE members, legal sources added. 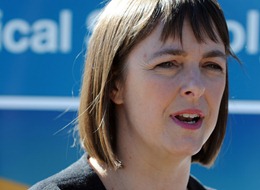 The Melbourne Federal Court, in Santhirarajah’s case, ruled that:

Tamils Against Genocide (TAG), a US-based activist organization seeking legal redress to Tamil war victims said, "Santhirarajah was arrested on 14 July 2008 on the US extradition request. He was remanded in custody (for more than 4 years) until the date of this judgment in 31 August 2012. Court also concluded that "in or about November 2009" was the time when it was reasonably practicable for the AG to make a determination whether to surrender Santhirarajah. Santhirarajah’s liberty was curtailed extra-legally for a period of 2 years and 9 months," TAG noted.

"Further, Judge North has determined that Australia’s AG, Nicola Roxon, has erred in six legal issues, and has ordered the Australian Government to pay Santhirarajah the [legal] cost of the proceeding. Urgently, Tamil Groups in Australia should work with Santhirarajah’s attorneys, Ms. Mortimer and the solicitors Galbally & O’Bryan, to file for compensatory and punitive damages against the Australian Government in a tort action arising from unlawful incarceration and deprivation of personal liberty," TAG said.

Legal sources who analyzed the Court documents, said that the case reveals the US Justice Department’s policy on torture in relation to "terrror" defendants, and its sympathetic view of the regime in Colombo, despite the mounting evidence that the State might be complicit in genocide.

Responding to Santhirarajah’s claim that he will be subjected to torture and reprisal if returned to Sri Lanka, the US Justice Department says, "This contention is speculative at best. There is no indication from Sri Lankan authorities to date of any interest in Santhirarajah. The hostilities between the Sri Lankan Government and the LTTE has ended, and a period of reconciliation has begun." US also said that US has safeguards and due process rights within deportation process to protect "aliens" subject to removal from the US.

As seen in the text of the ruling the Judge was unconvinced that there were sufficient safeguards in the extradition process to guarantee that the victim (Santhirarajah) will not be tortured, to comply with the provisions of International Covenant on Civil and Political Rights (ICCPR) (Art 6 and 7) and UN Convention Against Torture and Other Forms of Cruel, Inhuman, or Degrading Treatment or Punishment (CAT) (Art 3).

In an almost identical extradition request to the Singaporean Government, the judiciary there acceded to the US request, authorizing extradition of Mr Balraj Naidu, an alleged co-conspirator in the same Santhirarajah case, without asking many questions.