The United States Department of Justice late Thursday filed an amicus brief suggesting immunity to Sri Lanka’s President Rajapakse against the alleged war crimes. in the case brought by three Tamil plaintiffs. The US brief claimed that the "Executive Branch may submit determinations concerning foreign sovereign immunity," and noting that while the FSIA “transfer[red] primary responsibility for immunity determinations” regarding foreign states “from the Executive to the Judicial Branch, the Congress did not eliminate the State Department’s role in determinations regarding individual official immunity," asked the Court to affirm the district court’s decision dismissing the lawsuit against Sri Lanka’s President Rajapaksa. 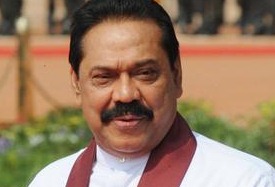 Rajapakse in the brief filed earlier insisted that the U.S. State Department is compelled to file an amicus curiae brief defending the District Court’s dismissal of the TVPA actions on the ground of head of state immunity.

While the State Department claimed that it may refuse to advance a head of state immunity defense for any reason or no reason at all, but had come to the assistance of Rajapakse the U.S. Department of Justice filed an amicus brief, reasserting immunity to Rajapakse, arguing:

Bruce Fein, attorney for the appellants/plaintiffs, said of the case after the filing by the appellee, "President Rajapaksa declined to appear in the District Court to defend against the allegations of his legal complicity in extra-judicial killings under color or foreign law which are sanctioned by the Torture Victims Protection Act of 1992. Rajapaksa waived any defense based on a failure properly to serve the Complaint against him via the Internet or otherwise. We also believe Rajapaksa waived any defense based on personal jurisdiction by filing a notice of appearance for the purpose of asking the District Court to seek the views of the U.S. State Department as to the immunity of Rajapaksa from TVPA suit despite its application to any “individual” complicity in extra-judicial killings under color of foreign law."

Fein said before the Justice Department’s filing that "The United States Constitution entrusts the power to decide cases and controversies to independent Article III courts as part of its separation of powers scheme. Rajapaksa absurdly argues, nevertheless, that Article III courts are errand boys for the Article II executive branch in the interpretation or application of customary international law to sitting heads of state. Thus, federal courts are required to ratify the Suggestion of Immunity for Rajapaksa submitted by the U.S. Department of Justice. The U.S. Supreme Court has never endorsed such executive branch usurpation of the judicial power of Article III courts."

The complaint filed first in 2011 at the District Court for this case alleged multiple violations of the TVPA) based on Sri Lanka’s President Rajapaksa’s command responsibility for the extrajudicial killings of Ragihar Manoharan, the son of Plaintiff Dr. Kasippillai Manoharan, of Premas Anandarajah, a humanitarian aid worker for Action Against Hunger, and husband of Plaintiff Kalaiselvi Lavan, and four members of the Thevarajah family, all relatives of Plaintiff Jeyakumar Aiyathurai.