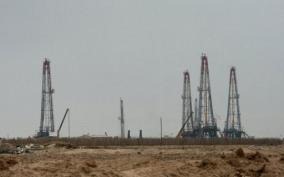 Sri Lanka will purchase oil from Iraq after the United States imposed new sanctions on Iran, the island’s main supplier of crude oil, a report said on Sunday citing a senior official.

Sanctions have made it difficult to procure oil from Iran, prompting Colombo to turn to Baghdad for oil purchases, the local Sunday Times reported.

"Oil in northern Iraq is similar to Iranian crude and could be refined (domestically), thereby reducing costs on the import of refined products," foreign ministry secretary Karunatillaka Amunugama told the paper.

Sri Lanka has relied on Iran for 92 percent of its crude oil requirements.

Last week, Sri Lanka announced that it will set aside two billion rupees ($15.38 million) owed to Iran for oil imports and will use the money to finance an irrigation scheme on the island which is funded by Tehran.

Iran had pledged some $450 million for the project in 2008 but implementation has been slack due to a delay in transferring funds from Tehran due to the sanctions.

The US said it introduced the latest sanctions out of concern that Iran was pressing ahead with its nuclear weapons drive despite earlier sanctions that had been hailed as the toughest-ever against the Islamic republic.