Gabriela Knaul, UN Special Rapporteur on the independence of judges and lawyers, warning that intimidation and the "dramatic increase" inattacks against judges and judicial officers in Sri Lanka may constitute a threat to the independence of the justice system, said, “The recent steps taken by the executive and legislative towards impeaching the Chief Justice appear to be the culminating point of a series of attacks against the judiciary for asserting its independence." 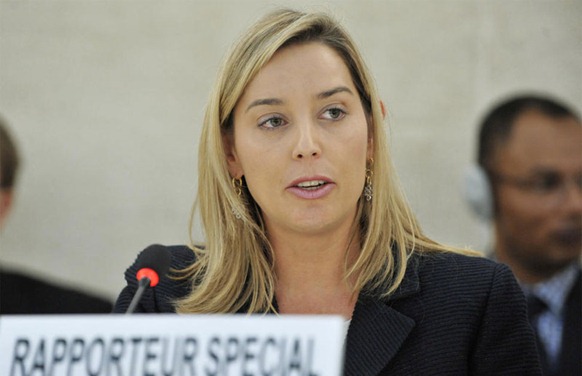 “It is of high concern to me that the procedure for the removal of the Chief Justice of the Supreme Court is extremely politicized and characterized by lack of transparency, lack of clarity in the proceedings, as well as lack of respect for the fundamental guarantees of due process and fair trial,” Ms. Knaul said.

The procedure for the removal of judges of Sri Lanka’s Supreme Court, set out in article 107 of the country’s constitution, allows the Parliament to exercise considerable control over the judiciary – and is therefore incompatible with both the principle of separation of power and article 14 of the International Covenant on Civil and Political Rights, Ms Knaul further said.

To be compatible with both the principle of separation of powers and international human rights law norms, disciplinary proceedings against judges should be conducted by independent commissions and guarantee full respect for due process and fair trial,” Ms. Knaul concluded.

Tamils Against Genocide (TAG), a US-based rights group that seeks legal remedy to the war victims from Sri Lanka’s war said, "while the highly politicized local legal institutions have proved ineffective in delivering legal justice to incarcerated Tamils many of whose habeus corpus rights have been routinely violated, we view as positive, the international attention being drawn to the legal imbroglio and to the despotic designs of the ruling family," TAG said.

Meanwhile, M.A. Sumanthiran, a national list parliamentarian of the Tamil National Alliance (TNA), has jumped into the fray suggesting that prorogation of SL Parliament could be a way out of the simmering dispute between the ruling coalition and an influential section of the judiciary. “The prorogation could pave the way for a fresh inquiry into allegations against Chief Justice," The Island reported Sumanthiran as saying.

Tamil political observers noted as interesting that, TNA, while struggling to close a credibility gap with the people it represents from the less than consistent messages delivered to the Sri Lankan parliament on the SL State’s accountability for war-crimes, militarization, and colonization of the NorthEast, thought of itself as a credible peacemaker to the "fighting" Sinhala factions.