Colonel Kumar Lama, a 46-year-old Nepalese officer, currently seconded to the UN, was held at his East Sussex home by Metropolitan Police officers on Thursday, charged with intentionally "inflicting severe pain or suffering" as a public official on two separate individuals, BBC reported. "This encouraging development puts on notice persumptive war-criminals from Sri lanka who have participated or commanded extra-judicial killings, torture of civilians, and killings of surrendees, all qualifying as war-crimes during a State sanctioned massacre that comes perilously close to genocide, on visiting UK, or other European Countries where the Courts exercise Universal jurisdiction for such crimes," a spokesperson for Tamils Against Genocide (TAG) said.

Detectives with specialist experience of war crimes arrested the officer under Section 134 of the Criminal Justice Act, a law that defines torture as a "universal jurisdiction" crime, BBC said.

The offences are thought to have taken place between April and May 2005 and April and October 2005 at the Gorusinghe Army Barracks in Kapilvastu, Nepalese media reported. The arrest followed after a file of evidence gathered by Amnesty International and law firm Hickman & Rose was given to Scotland Yard on behalf of the Nepal-based human rights group Advocacy Forum.

"While Lama’s charges are only on two torture incidents, miniscule compared to the egregious crimes committed by Sri Lanka’s ex-Commanders and rulers holding high positions, British Police had no qualms in arresting the Colonel. The arrest sends a powerful message to all alleged war-criminals in stepping on British soil," TAG, a US-based activist group seeking legal redress to Tamil victims of Sri Lanka war, said. 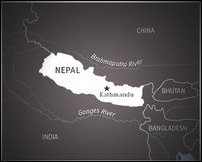 “The arrest of the Nepali army officer sends a strong and important signal that the UK takes its international obligation to hold torturers accountable for atrocity crimes seriously, even if Nepal does not,” Brad Adams, Asia Director of Human Rights Watch said. “The UK’s move should remind those accused of rights abuses the world over that they can run, but it’s getting a lot harder for them to hide.”

In December 2010, Sri Lankan Major General Chagi Gallage, a member of Mahinda Rajapaksa’s entourage to London, fled UK by chartering a flight after receiving information that war crime charges were to filed against him in the courts of London.

In September 2011, Maj. Gen. (retd.) Jegath Dias, deputy Counsel in Sri Lanka’s embassy in Germany, and commander of Sri Lanka Army’s (SLA’s) 57th division during the last phase of the Sri Lanka war, was recalled by Colombo "in response to accusations he was involved in war crimes," from Switzerland.

"While litigation in several countries are on-going, and some of these may not result in a successful outcome, the legal accumulation of evidence against alleged criminals will be critically important when the associated individuals are relieved of their diplomatic shields and stand naked to receive natural justice," TAG spokesperson added. "Legal actions should continue unabated on every presumptive war-criminal in all judicial fora so that at the minimum the movement of these individuals are curtailed and the horrors inflicted on its own citizens by a State regarded as a member of comity of nations is exposed, to the discomfort of major powers that either stood in silence or helped the State to carryout the massacres," TAG spokesperson added.

TAG is currently involved in litigation on behalf of three Tamil plaintiffs against Sri Lanka’s President Rajapakse alleging he committed war-crimes. The case is in appellate phase after the U.S. Department of State intervened to "suggest" head of state immunity to Rajapakse.

While U.S. Courts granted diplomatic immunity to the ex-Army General and currently Sri Lanka’s Acting Permanent Representative to the United Nations, Shavendra Silva, against war crimes charges filed by the American University Washington College of Law on behalf of two Tamil plaintiffs, South Africa declined to receive Silva to a diplomatic post, linking General Silva to the commission of war crimes and crimes against humanity during the Sri Lankan civil war. 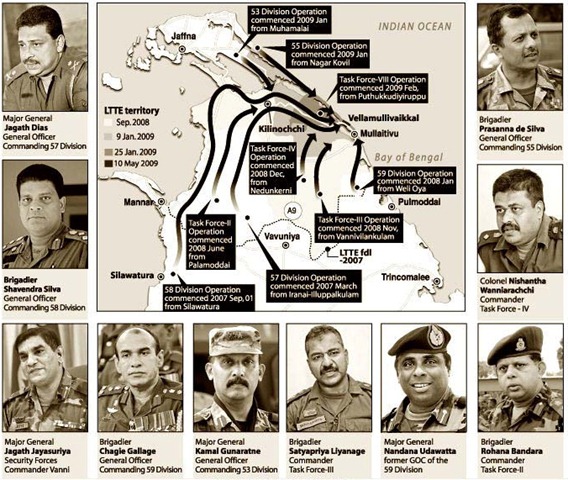