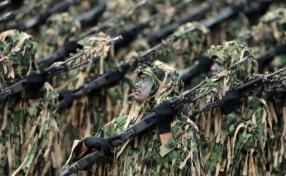 The US will bring a fresh resolution to the UN Human Rights Council in a bid to force Sri Lanka to deliver on promises to probe its troops for war crimes, top US diplomats announced Monday after talks with Colombo.

"The US has decided to sponsor a procedural resolution (against Sri Lanka) at the March 2013 sessions of the UNHRC," Deputy Assistant Secretary of State James Moore said.

The US recognised Sri Lanka had made "some progress" since the previous US-led censure of Sri Lanka at the March 2012 UNHRC sessions in Geneva, but Washington believed more needed to be done, Moore said.

"The US and the other 23 members of the UNHRC who voted for that resolution in 2012 believe that the government of Sri Lanka needs to fulfil its commitments made to its own people," Moore said.

He added that the fresh resolution to be moved in March was a reflection of "US commitment" to the people of Sri Lanka. The island emerged from nearly 37 years of ethnic bloodshed in May 2009 after security forces crushed Tamil rebels.

The US has been highly critical of Sri Lanka’s human rights record and has refused to train several of its senior military officers, saying they were linked to credible allegations of war crimes and crimes against humanity.

Another top US diplomat, Deputy Assistant Secretary of Defence Vikram Singh, said the US wanted to keep Sri Lanka’s case fresh at Geneva by moving a new resolution against the Indian Ocean island.

He said the government’s impeachment of the country’s chief justice Shirani Bandaranayake, despite two court rulings that the process was illegal and against the constitution, also contributed to the US decision for a fresh resolution.

"It is safe to say that the impeachment of the Chief Justice also contributed to the decision to ensure that the record (against Sri Lanka) stays fresh in Geneva," Singh told reporters in Colombo.

The US has asked Sri Lanka to reconsider the sacking of Bandaranayake following an international outcry over the impeachment earlier this month, in what activists have said was an assault on the independence of the judiciary.

The US delegation, which also included Deputy Assistant Secretary of State for Human Rights and Labour Jane Zimmerman, said the US recognised that reconciliation was hard after decades of ethnic strife, but that more progress had to be made.

Sri Lanka has been accused of killing up to 40,000 civilians in the final months of fighting separatist Tamil rebels, who were known for their trade mark suicide bombings. Colombo has denied any civilians were killed by its troops.

The three-member US delegation met with Sri Lanka’s Defence Secretary Gotabhaya Rajapakse who last week insisted that troops did not kill civilians and said Washington was acting on "wrong information".

Rajapakse, the youngest brother of President Mahinda Rajapakse, was also miffed that the US recently refused training for a Sri Lankan army general and said Colombo may rely on China, India and Pakistan for higher military training.

There was no immediate reaction from the Sri Lankan government to the US announcement of a fresh resolution at the UN rights council.

Rajapakse announced last week that he wanted to tell the US delegation, which arrived Saturday, that the country was "wrong".