U.S. Senators Bob Casey (D-PA) and Patrick Leahy (D-VT) called for an independent, international investigation into potential war crimes committed by the Sri Lankan government and the LTTE during the civil war in Sri Lanka. In a letter to Secretary of State Hillary Clinton, the Senators said such an investigation is needed because the legitimate concerns of the Sri Lankan people have not been answered by the government, Senator Leahy’s website reported. “Sri Lankans have legitimate concerns about war crimes committed during the civil war that are not being addressed by the government, and an independent, international investigation is needed to get answers,” the letter said.

Full text of the letter follows:

We are writing to urge you to call for an independent, international investigation into allegations of war crimes committed by the Government of Sri Lanka and the LTTE during the civil war in Sri Lanka. We also support a resolution at the upcoming UN Human Rights Council meeting which condemns the Government of Sri Lanka for not abiding by its commitments to seek accountability and reconciliation. During the years following the end of the war, the Sri Lankan people have waited for the government to address these concerns, yet no tangible or substantial progress has been made. Achieving a sustainable peace in Sri Lanka will require continued and sustained leadership by the United States and others in the international community committed to genuine accountability. 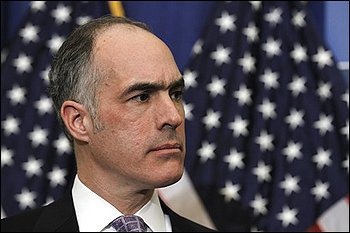 Sri Lanka has repeatedly rejected any international inquiry into what it believes are domestic issues, and for the last year, the United States has supported the Government of Sri Lanka’s Lessons Learned and Reconciliation Commission (LLRC) process. Notably, Amnesty International and Human Rights Watch refused to participate in the LLRC proceedings and called for an unbiased international inquiry. Their concerns were borne out in the LLRC’s report, which exonerated the Sri Lankan Armed Forces from any human rights violations while accusing the Tamil fighters of committing mass atrocities. The report addressed a wide spectrum of issues, including: the demilitarization of civilian functions in the North; the creation of mechanisms to address cases of the missing and detained; and land reform, especially for persons displaced by the conflict. The LLRC and its recommendations, while certainly imperfect, are the Government of Sri Lanka’s own proposed roadmap to peace. Over a year has now passed since the issuance of the report, and the Government has failed to do the difficult and necessary work of implementation. 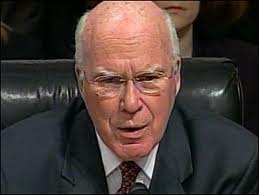 Last year, the State Department played a key leadership role in the passage of United Nations Human Rights Council Resolution 19/2, “Promoting reconciliation and accountability in Sri Lanka.” This resolution called for the Government of Sri Lanka to implement the LLRC’s constructive recommendations, while noting that the LLRC report failed to adequately address serious allegations of violations of international law. Yet despite the UNHRC resolution, the Government of Sri Lanka has done nothing to address the accountability concerns of the Council or, more importantly, of the Sri Lankan people. In July, the Government released a “National Action Plan to Implement the Recommendations of the LLRC,” but this plan only established committees to “consider” the LLRC recommendations, without mandating or taking any specific action.

The Sri Lankan people deserve better. In fact, as the Government of Sri Lanka fails to implement LLRC recommendations, the outlook for human and political rights in Sri Lanka appears to be getting worse. Although the LLRC report criticized the heavy militarization in the North and called for demilitarization of civilian functions, the Government of Sri Lanka has taken no tangible steps towards this goal. Continued military presence on private lands in the North is preventing the resettlement of internally displaced persons who desire a return to peaceful life. Additionally, security forces reportedly attacked Jaffna University students during a non-violent demonstration and submitted four students to involuntary rehabilitation. Such repression violates Sri Lankans’ right to peaceful expression.

We are particularly concerned about the recent impeachment of Sri Lanka’s Supreme Court Chief Justice, Shirani Bandaranayake. Ms. Bandaranayake pursued judicial independence by issuing court rulings that fell afoul of Colombo’s political elite. As your Department noted in a recent statement, this move by President Rajapaksa and his supporters in Parliament threatens the rule of law and the separation of powers, which are the cornerstones of a healthy democracy.

In our November 2011 letter to you, we called for an independent investigation if the Government of Sri Lanka “failed to take credible steps to investigate and hold perpetrators accountable for the array of allegations documented in the UN Panel of Experts report.” We urge the State Department to pursue a resolution at the upcoming UNHRC session that would highlight the Sri Lankan government’s failure to implement the LLRC recommendations and decide to stand up an independent international commission of inquiry.

Accountability is a necessary precursor to reconciliation and a stable democracy in Sri Lanka. It is clear to us that the LLRC process is mired in bias and delays, and only an independent, international investigation will achieve real accountability. Thank you for your attention to this matter and for your timely response.