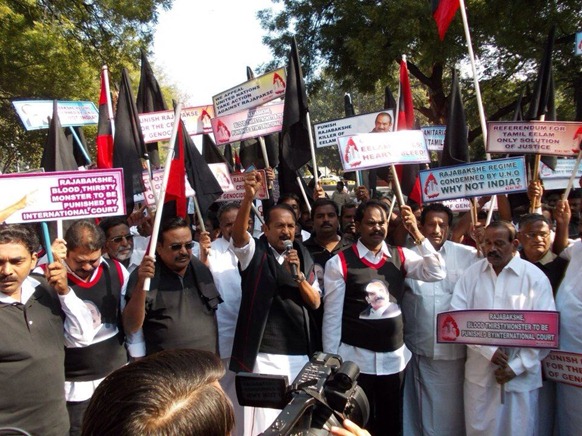 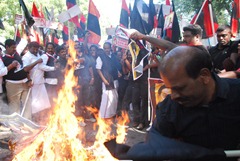 From there, he was scheduled to visit the Hindu pilgrimage temple of Tirupati situated in Andhra Pradesh, news reports in India said.

The SL president was also on similar pilgrimage trips to India during the war against Eezham Tamils.

The people of Idinthakarai, who are on a continuous struggle against the Koodangku’lam nuclear power plant project, staged an emotional protest burning the effigy of the SL president. 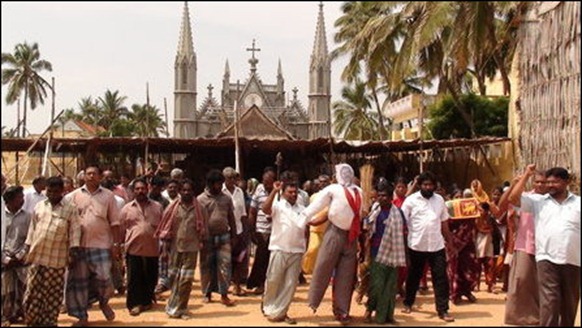