Sri Lankan military operatives, numbering around 10, who were sitting among the protestors in front of Thurkkai Amman temple in Thellippazhai, where a token fast was being observed with wider participation of Tamil parties and the opposition from the South, attacked the peaceful protestors after the SL Opposition Leader Ranil Wickramasinghe left the site taking part and addressing the protestors, who staged the token fast against Colombo changing the former SL Miltiary High Security Zone (HSZ) into Sinhala Military Zone (SMZ) in Jaffna. However, the attackers, causing panic, were confronted by the protestors when the SL military men went amok on Tamil parliamentarians and journalists at the site of the protest. More than one hundred SL policemen were silently watching the unfolding episode without doing anything to curb the civil clad military operatives.

Confronted by 700 people at the site, the 10 attackers escaped through KKS Road while some of them, nabbed and handed over to the SL police, were released to the SL military in front of the public.

Despite the attempt by ‘regime change’ forces to hijack the struggle of the Eezham Tamils and project it as a struggle against ‘Mahinda Brigade’ diverting the crux of the SL military driven corporatism creating Sinhala colonies in the country of Eezham Tamils and the structural genocide being committed on the nation Eezham Tamils, the representatives of the uprooted people from the former SL military High Security Zone (HSZ), now being converted into Sinhala Military Zone (SMZ), projected the peaceful token fast to highlight the plight of the uprooted people who now fear that their lands are lost forever to Sinhala colonisation.

The elected representatives of the civic bodies in the district also took part in the fast, which saw participation of a large number of people who braved the harrasments by the occupying SL military.

The people in North and South should join together to send ‘Mahinda Brigade’ home, he told the participants of the protest.

Tension prevailed in Thellippazhai throughout the day. 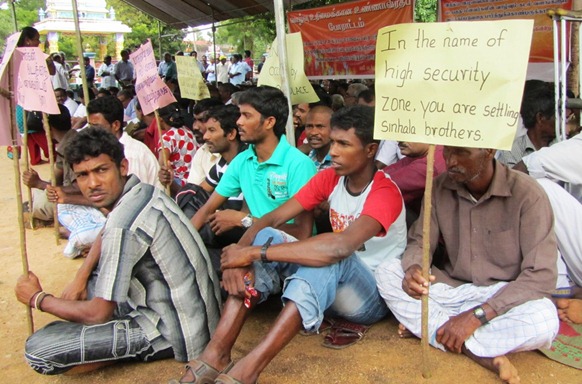 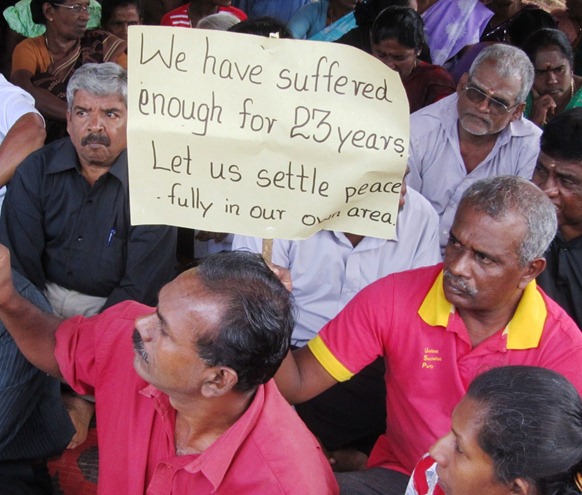 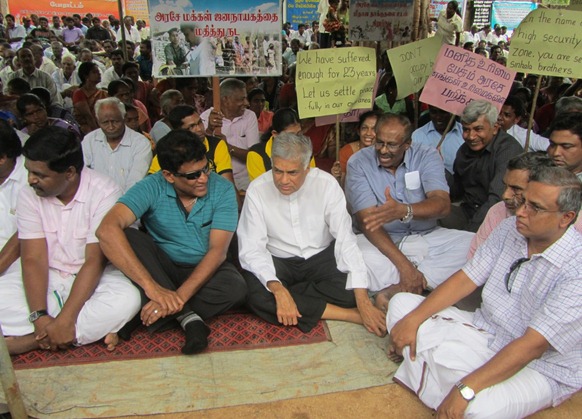 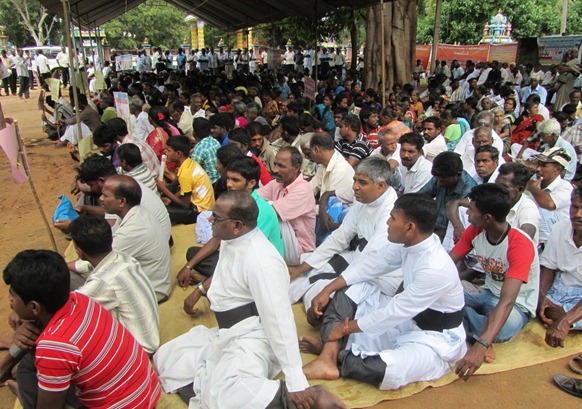 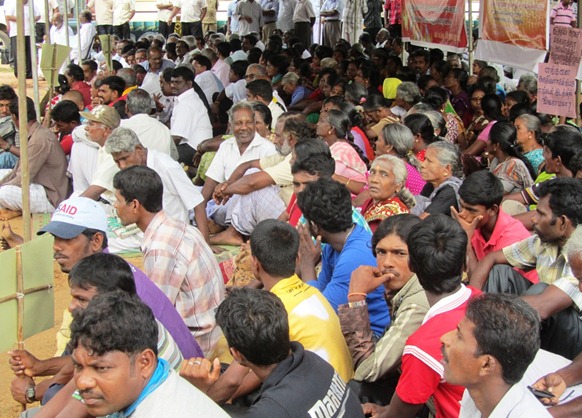