When Sri Lanka is being hauled naked with alleged international crimes committed against its own Tamil citizens exposed to the rest of the world in the UN’s Human Rights Council sessions in Geneva this week, two other stories of genocidaires nabbed and brought to justice in other parts of the world drew media headlines. Yvonne Basebya, 66, becomes first Dutch citizen to be convicted in Denmark for complicity in the Rwandan genocide, and the former Guatemalan president, José Efraín Ríos Montt, was ordered to stand trial in the Guatamalan national court for genocide and crimes against humanity carried out during his seventeen month dictatorship between 1982 and 1983. 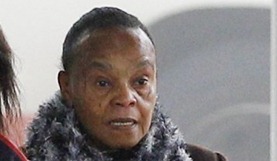 The Hague district court sentenced Yvonne Basebya, 66, to six years and eight months in prison for her role, the maximum available prison term at the time of the crimes. The judges said they imposed the maximum sentence "in the realisation that this punishment does not do justice to the extremely serious nature of the proven criminal acts," The Guardian reported. 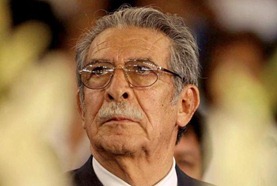 During Guatemala’s thirty-six year conflict between 1960 and 1996, over 200,000 Guatemalans were killed and another 45,000 disappeared at the hands of the state’s security forces. Over one-hundred thousand are believed to have perished during the scorched earth campaign carried out in the early 1980s when Rios Montt and, prior to him, Romeo Lucas García served as de facto heads of state.

The Guatamalan story is eerily similar to the alleged genocide in Sri Lanka, but unlike in Guatamala where the killings were spread out over many years, and the alleged defendant was in power for only 17 months, in Sri Lanka, the slaughter of nearly 80,000 Tamil civilians (Petrie report) under the command responsibility of Sri Lanka’s president Rajapakse, took place inside five months under the glare of world’s apathetic attention, Tamil activists noted.

On Monday, at Montt’s trial, his lawyers presented 75 legal challenges to have the charges dismissed.His defence lawyer argued that Rios Montt was unaware of what was going on in the Ixil Triangle, was not really in control of what his subordinates were doing, could not be prosecuted because of an amnesty law, he was not physically there so he could not be responsible, and the killings took place in the heat of battle.

Following three days of testimony, the Judge ruled that there was sufficient evidence to try Rios Montt on charges of genocide and crimes against humanity for ordering fifteen massacres involving the killing of 1,771 indigenous Ixiles in the department of Quiché during his reign.

"On Monday, they moved one step closer to holding accountable those responsible for genocide and crimes against humanity," Mike Allison, professor in the Political Science department at the University of Scranton in Pennsylvania, said in his story to Al Jazeera.