Thousands of Eezham Tamils from across Europe, who took part in a rally at Geneva on Monday demanded a UN sponsored referendum for a sovereign Tamil Eelam. In the meantime, sections of protestors, who confluenced in Geneva, approached the hotel where TNA politicians, who had come to attend a conference, were residing. Parliamentarians Maavai Seanthirajah and Ariyanethran were encircled by the people who questioned them on the compromising polity forgetting fundamentals adopted by the TNA leadership. According to informed circles, TNA leader Mr Sampanthan in London last week has claimed that the US government use to extend invitations for talks only to him and to Mr Sumanthiran.

Mr Sampanthan has also claimed in London that he usually takes Mr Suresh Premachandran of the EPRLF and Mr Selvam Adaikkalanathan of the TELO to meetings with foreign diplomats. But, the US invitations come only to him and to Mr. Sumanthiran.

During the rally in Geneva on Monday, those who faced the brunt of questions from the diaspora were only Mr Maavai Senathirajah and Mr Ariyanenthiran of the TNA. Mr Suresh Premachandran and Mr Selvam Adaikkalanathan who had also gone to Geneva managed to avoid the scene. 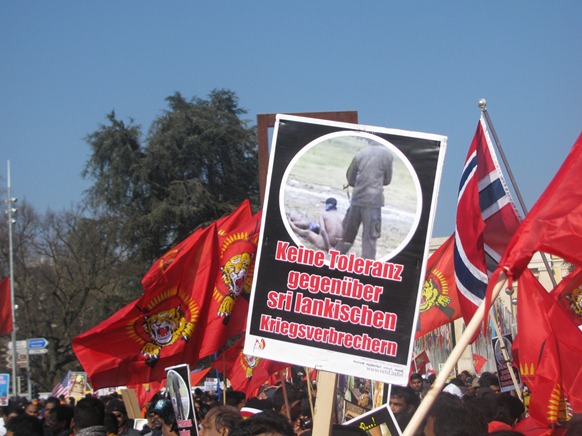 A vast majority of the protestors were youth in the diaspora. 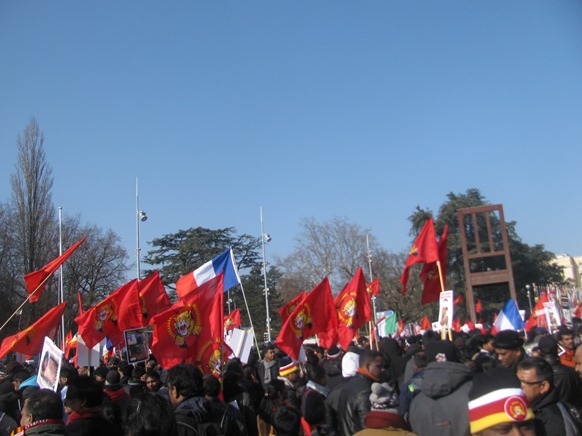 Speaking to TamilNet from Geneva, grassroots activist Gobi Sivanthan from the UK, who is also leading the ‘Tamil Van’ tour of Europe to educate masses on the internationally abetted genocide of Eezham Tamils, said that the youth remain firm and that they brook no compromise by any sections of the global establishments or their agents in the diaspora on the fundamentals of the struggle.

The protestors had also placed other demands which included an independent international investigation on Sri Lanka on the charges of genocide.

They also called for an immediate release of all Eezham Tamil political prisoners who are in the custody of the genocide accused Sri Lankan state. 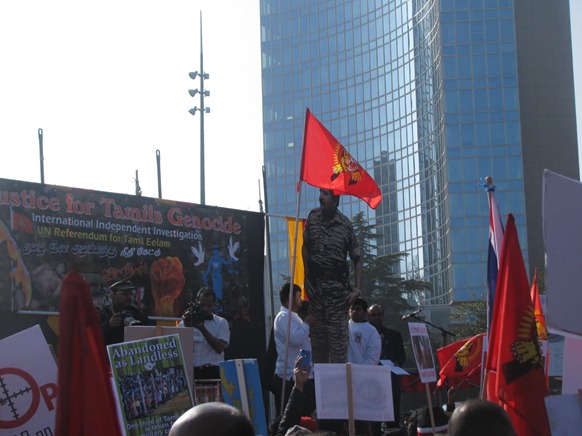