United States Court of Appeals for the District of Columbia circuit judges, Friday 10:00 a.m., engaged with Tamil plaintiffs’ attorney in what appeared as an intense and gripping legal battle to decide whether the "Head of State Immunity," as presumed to apply under U.S. Common Law, is trumped by the narrowly tailored Torture Victims Protection Act (TVPA), a statute that allows victims to bring a legal action on "an individual" who committed torture and/or extrajudicial killing in the Manoharan et al v. Rajapakse appeal. United States Department of Justice (DoJ) attorney argued suggesting immunity for Sri Lanka’s President Rajapakse, and Patton Boggs, a D.C. Law firm representing Rajapakse, played a minor supplementary role to DoJ attorneys, in filing legal motions, and in the oral argument. 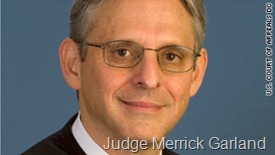 The Appellate judges Merrick Garland and Brett Kavanaugh, and the generally silent Judge Janice Brown, allowed Plaintiff-Appellant attorney Bruce Fein to continue for nearly 25 minutes exceeding the allotted time of 10 minutes in the back and forth exchange on the legal applicability of "Head of State immunity" to Rajapakse crimes. 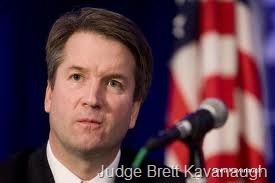 Judges Garland and Kavanaugh leaned heavily on the Supreme Court opinion on Samantar (Samantar v. Yousuf, 130 S. Ct. 2278 (2010)) to argue that the frame work for guiding the Federal Appeals courts such as theirs was based on the dicta from the Supreme Court on the Samantar case.

The following are the two pertinent notes from the Samantar US Supreme Court opinion on which the Judges questions were focused:

…Under the common-law doctrine of foreign sovereign immunity, see Schooner Exchange v. McFaddon, 7 Cranch 116, if the State De-partment granted a sovereign’s diplomatic request for a “suggestion of immunity,” the district court surrendered its jurisdiction…

…when a statute covers an issue previously governed by the common law, we interpret the statute with the presumption that Congress intended to retain the substance of the common law…

Judges referred to the "the Defense’s contention that the District Court correctly concluded that Congress demonstrated no intent to abrogate nearly two centuries of common law head of state immunity jurisprudence." 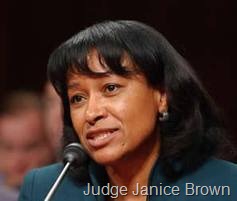 Fein, argued that the Congress was very aware of the foreign policy implications of including "Head of States" in being accountable for the narrowly tailored TVPA which refers to torture and extra-judicial killings, and that this was not a sweeping exception to the common law which allowed State Department to intervene in Head of State matters of other types of crimes.

Fein also clarified that the "nearly two centuries of common law immunity," was not strictly correct, and that while the ATCA [Alien Tort Claims Act] is part of the Judiciary Act of 1789, only Filártiga v. Peña-Irala in 1980 offered a new conceptualization of the ATCA, ruling that the statute fell within federal-question jurisdiction and hence allowed cause of action arising from the Statute.

Mitchel Berger of Patton Boggs began the Defendant-Appellee Rajapakse side argument for the allocated 5-minutes. The Judges, in mid-stream, advised that since Mr Berger was drawing on the U.S. Government’s discretionary intervention to suggest immunity, acceding his time to the U.S. Government attorney would be more efficient and Mr Berger obliged.

Adam C. Jed, a Yale graduate who studied law at Harvard, and won a Gates Scholarship to study mathematics in Cambridge, UK, then argued for the U.S. Government. Mr. Jed said that the local common law is settled on the Head of State immunity when suggested by the State Department, and asked if the judges had questions on U.S.’s legal position.

Attorneys Adam Butschek and Mark Potkewitz assisted in preparing for the legal argument for the Tamil plaintiffs, Fein said.

Mr Potkewitz commented at the end of the oral argument that the judges appeared averse to go against the U.S. Government and are not likely to extend the exception to the Samantar dicta, and that Judge Garland’s suggestion during the argument, that legal decision to add an exception to the common law immunity for international crimes, perhaps, rests with the Supreme Court, indicates where the Court is headed," Potkewitz said.

"We intend to start working immediately on the Writ of Certiorari to the Supreme Court of the United States," Potkewitz said.