Protest started by the Loyola College students in Chennai against an empty US resolution on Sri Lanka at Geneva and the Tamil Nadu State Government action against the protest, have triggered spontaneous statewide student uprising that is not depending on any political party, news sources in Tamil Nadu said. Students of instituions such as the Annamalai University in Chithamparam and St. Xavier’s College, an autonomous university institution at Paa’laiyang-koaddai in Thirunelveali, have burnt the copies of the US draft resolution tabled at Geneva for discussion on Friday, saying that the draft only bails out the genocide-accused Sri Lankan State. Meanwhile, student protests took place in every part of Tamil Nadu and All Colleges Students Federation for the Liberation of Tamil Eelam has come out with a 9-point demand. 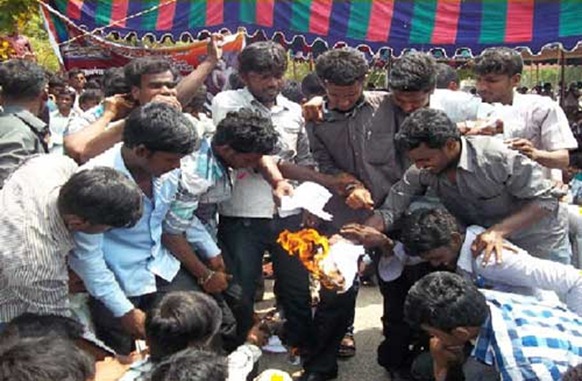 The students of Annamalai University and St. Xaviers College, who are also on a hunger strike, have urged the World Tamils not to be hoodwinked by any “constructive aspects” in any resolution that does not recognize a political solution on the basis of the nationhood of the Eezham Tamils, protestors told TamilNet.

Student protests and hunger strikes have begun in several towns and cities that are historically and geographically significant in setting trends in Tamil Nadu.

Political parties and certain sections that either tried to make benefits by association or tried to infiltrate and hijack were consciously kept out by the protesting students, who this time clearly drew the line between politics and peoples’ struggle. 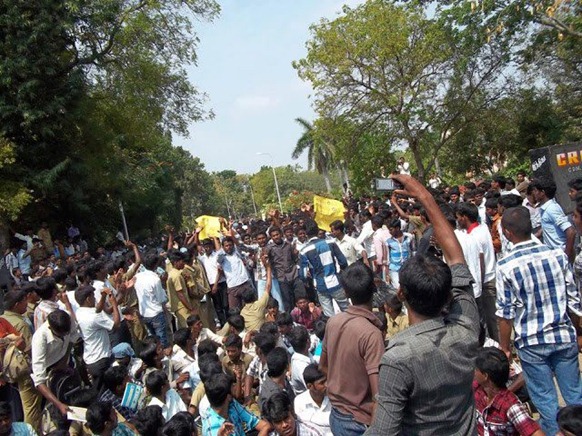 Students protest the draft US resolution at Annamalai University, Chidambaram

Many other college students are also expected to join in the protests in the coming days.

Protestors from South Tamil Nadu told TamilNet that this upsurge of students’ protests, which is happening with a conceptual basis, without affiliation to any political party, would deter those sections in the Tamil polity from toeing a line contradictory to the interests of the genocide-affected nation of Eezham Tamils.

The demands put forward by the students 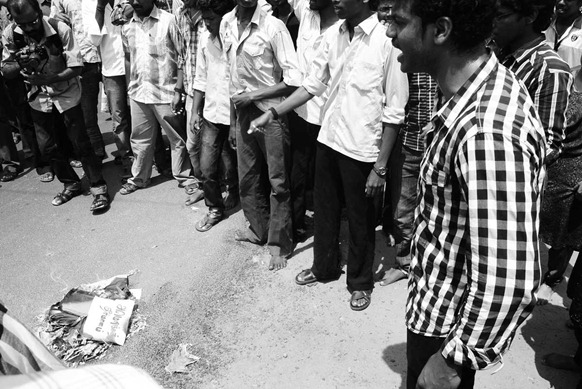 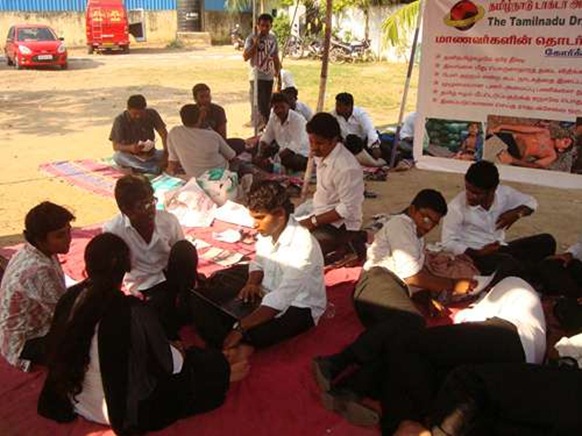 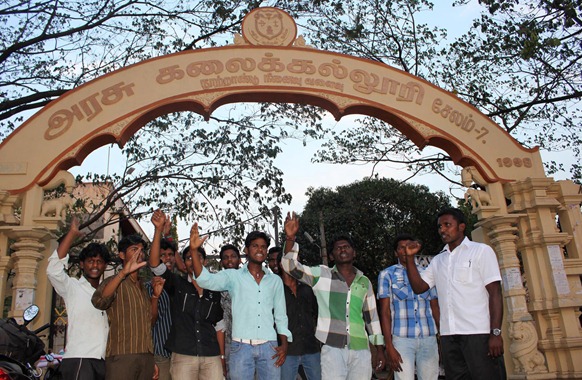 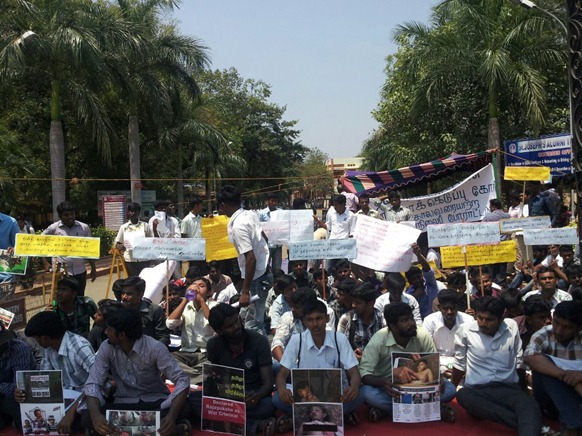 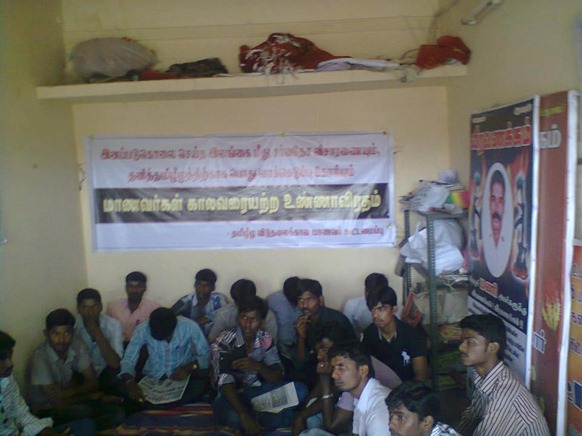