Talking about the two sides of Indian intelligentsia, and from where the struggle in Tamil Nadu is gaining its ideological support, Mr Thirumurugan Gandhi of the May 17 Movement said, the Indian intelligentsia that is mostly Left-orientated and goes with the CPI-M has failed Tamils in the past. The CPI-M, for its information, depends on The Hindu or NGOs like the Observer Research Foundation that is liaising between the Establishments in Colombo and New Delhi, said Mr Thirumurugan in an exclusive interview to TamilNet in last November. 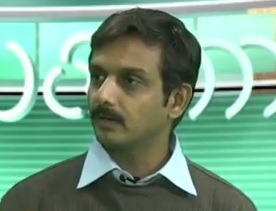 On the question of Sri Lanka, The Hindu, The Front Line and The Economic and Political Weekly, have links with the CPI-M ideology that is corrupt and depends on pro-Sri Lanka outfits.

On the Eezham Tamil question, there is no open and frank intellectual discussion in India, participated by all sides.

The Maoist intellectuals have recognized the need for the creation of a State for Eezham Tamils in recent times. But they were late.

The CPI-M, which is ideologically corrupt, non-committal and narrow-minded, didn’t recognise the Tamil nation or the need for the creation of a Tamil nation in the island.

The CPI-M intellectuals avoid discussions in public. They don’t talk about nationality question, which is very important in Asian politics. It is not just Eezham. It is about Kashmir, there is a North-Eastern question, Tibetan question, Baloch question and Kurdistan question and even the Palestine question.

They have a phobia that the moment Tamil Eelam is created, India would disintegrate.

This is the problem with the Delhi-based or Mumbai-based civil society activists. But, if you look on the other side, there are intellectuals like Vara Vara Rao, S.A.R. Gilani or Jagat Mohan Singh. They are sympathetic to Tamils and understand what went on in Sri Lanka, in Eezham. They stand with Tamil Eelam people. They understand it because they have their own problems in their community.

How come the capitalist USA, the Marxist CPI-M, the Indian government and the Sri Lankan government viewed the Tigers as terrorists [at the same time]?

After 2009, the IC wanted to kill the idea of Tamil Nation. We thought that the IC would honestly go for a political solution and settlement on the basis of what the Tamil people wanted.

But, why are they quick to kill the idea of Tamil Nation is the question. I think that the IC didn’t put enough thinking on what the other side is doing or could do.

If you kill the idea of Tamil Nation, you are not just making the Sri Lankan government more comfortable in completing its genocide. Sri Lanka will become a powerful State with a racist and chauvinist intent with its geopolitical and strategic location and with a history of manipulating the Powers – a trend not only identified today but also for years in the past.

This State with a 200,000 strong military would destabilize the entire region. You will end up with inability to handle it if you continue with [the outlook of conceding geopolitical concessions to Sri Lanka].

Any racial regime throughout the history, be it [Fascist] Italy, be it Nazi-Germany or [imperial] Japan, will be a difficult factor to handle over a period of time. Once you allow, it will become the destabilizing factor of the entire region.

How to handle it? Only the Tamil people know how to handle the Sinhalese throughout the history. Only the creation of Tamil Nation could enable engaging Sri Lanka in a positive way to sustain peace in the region.

Seeing the character of the Sri Lankan State is therefore crucial.

We are not begging the IC to create Tamil Nation. It is a forgone conclusion that Tamil Nation would get created on its own. It is a historical reality. It has to happen. You can’t kill that idea.