Veteran Professor of Sinhala, Dr Sucharitha Gamlath passed away at the age of 79 in Colombo on Saturday and the funeral took place on Monday. Prof Gamlath was righteously anti-Establishment throughout his career and for nearly 15 years, the governments in Colombo kept him unemployed, which he faced heroically without compromising on his principles and convictions. To the end he steadfastly stood for the Tamil right to self-determination in the island of Sri Lanka. He was the first Professor of Sinhala at the University of Jaffna, appointed in 1975 (then the Jaffna Campus of the University of Sri Lanka) and his penalisation by the JR Jayawardane government took place in 1980 while he was serving at the University of Jaffna. TamilNet pays tribute to the scholar of a rare genre and expresses condolences to bereaving family members, friends and comrades. 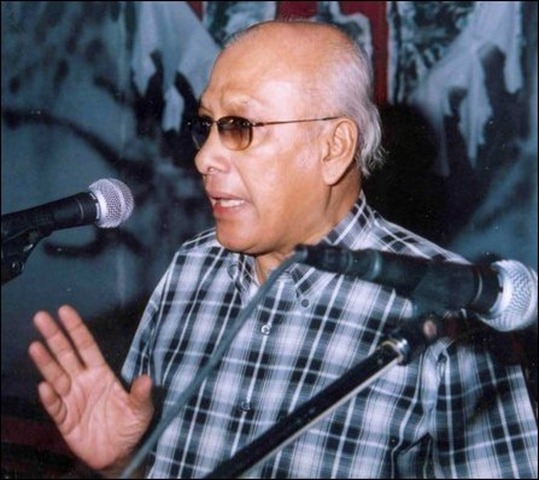 In June 2004, Prof. Gamlath delivered the keynote speech in an event organised in Vavuniyaa to mark the launch of first Sinhala publications by the political wing of the LTTE. Puthuvai Raththinathurai and K.V. Balakumaran felicitated him at the event for his unwavering stand in supporting the Tamil self-determination.

PDF: Joint Declaration calling for the end of the famine in Jaffna (English & Tamil)

He was the first among the signatories in July 2006, who called upon the government in Colombo to stop the war, especially the starvation tactic of waging the war, uphold the rights of Tamils and to return their homes and lands.

Prof Gamlath’s greatest academic contribution is a two-volume English–Sinhala dictionary. In his later days, along with his old friend the late Prof K. Sivathamby, he was working on a Sinhala–Tamil–English dictionary, which he completed but couldn’t get it published.

PDF: Prof Gamlath’s message to a book release in London in August 2012

Quite recently in August 2012, despite his health conditions, he sent a spirited message for the release of a book by Dr. Siva Thiagarajah in London on "Peoples and Cultures of Early Sri Lanka." In his letter, Prof Gamlath tracing the etymology of Demala in Sinhala to Dravida in Sanskrit may be controversial, but the letter shows his outlook of considering the formation of Sinhala and Tamil identities as a phenomenon of historical parallels in the island. 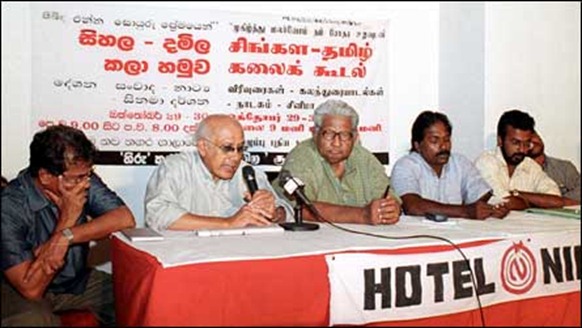 He read classical Indian languages and Sinhala language at the University of Ceylon, Peradeniya. He graduated with First Class Honours becoming the first in the Island and carried away the awards, The Rowland’s Gold Medal, The Jayanayake Prize and The Oriental Research Scholarship.

In the same year, he was appointed Assistant Lecturer in Sinhala of the same University. In 1966 he entered the University of London and studied Western and Indian Philosophy, Philosophical Psychology and Aesthetics.

In 1969 he submitted a thesis titled ‘A Philosophical Investigation into the Nature and Role of Emotion in Art" comparing Indian and Western aesthetic theories and was awarded the Ph.D degree in Philosophy by the University of London.

In 1970 he was appointed as a Lecturer of the University of Colombo and in 1971 he was promoted as Senior Lecturer. In 1975 he was appointed as Professor of Sinhala Language and Literature of the University of Sri Lanka and was posted to the Jaffna Campus. In 1975/76 he served in Jaffna as the Dean of the Faculty of Humanities, Head of the Departments of Philosophy, English and Sinhala and the Chief Student Counselor.

Being a Marxist since his student days, in the late 1970s he became a sympathizer of the Trotkyist group, Revolutionary Communist League – RCL (now Socialist Equality Party), which was led by the late Keerthi Balasooriya. Soon, he became one of the leading theoreticians of RCL and along with Keerthi Balasooriya, initiated a strong movement to widely popularize Marxist aesthetics theory.

He was a pioneer in introducing the writings of Georgi Plekhanov, Leon Trotsky, André Breton, Walter Benjamin and Terry Eagleton on Marxist literary theory to Sinhala readership. He became the most popular opponent of the then dominant bourgeois idealist literary tradition of the Peradeniya School led by the late Professor Ediriweera Sarachchandra.

Despite being one of the most accomplished academic on Sinhala language as well as on English, Pali and Sanskrit, he was sacked from his university in 1980 by the JR Jayawardane regime due to his strong political stand and his participation in the general strike in 1980. He remained unemployed for almost 15 years without compromising his convictions, and turning down offers extended by foreign universities. Later in 1994, he was reinstated under the government of Chandrika Bandaranayake, but soon left his position voluntarily, frustrated by the level of academic and political degeneration in the university system.

He was the most outspoken academic who demythologised ‘Mahavamsa’ and continued to challenge the Sinhala readership to leave behind the ‘Mahavamsa’ mindset in order to form an alliance with the Tamil oppressed.

During the ceasefire, in October 2003, he became one of the leading intellectual supporters of the initiative in organising the biggest Sinhala-Tamil cultural festival in the recent history. He, along with Professor Karthigesu Sivathamby, voluntarily became spokespersons of the organizing committee led by the Hiru Group. When the event held in Colombo New Town Hall, he was attacked by the right-wing Sinhala Urumaya (now JHU) mobs, he stood with the organizers firmly defending the Tamil people came from the North, East and central highlands.

His longtime friendship with Professor Sivathamby was renewed through the event, and both started working on a massive Sinhala – Tamil – English dictionary. Due to the sudden demise of Prof. Sivathamby in July 2011, Prof Gamalth took the burden of completing it, though he wasn’t able to get it published before his death. 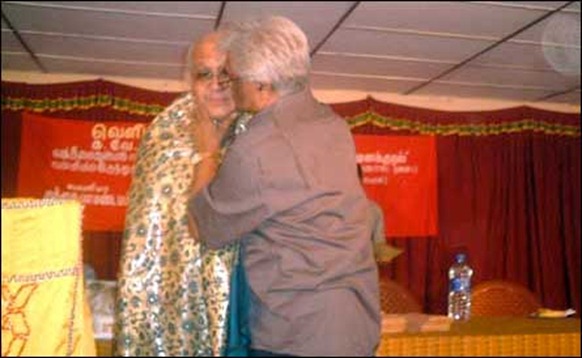 Poet and head of the cultural division of the LTTE, Puthuvai Rathinathurai, honouring Prof Sucharitha Gamlath by donning him with a golden shawl at a function in June 2004 at Vavuniyaa, where two books by K.V. Balakumaran were published in Sinhala (Vanniye sita linyuma and Handak nathiyunge hathawatha sakishe handa) [TamilNet Library Photo]

In June 2004, Prof. Gamlath delivered the keynote speech in an event organised in Vavuniyaa to mark the launch of first Sinhala publications by the political wing of the LTTE. Puthuvai Raththinathurai and K.V.Balakumaran felicitated him at the event for his unwavering stand in supporting the Tamil self-determination.

In 2006, with the outbreak of the war, when the government blocked the food convoys to Jaffna, he took the lead to issue a public statement along with leading Sinhala progressives to condemn the policy of starving Tamil people into submission.

He was one of the few people among the Sinhalese who had courage to openly characterise the war as ‘Genocide against Tamils’ from the very beginning. During 2006 – 2009, he openly wrote in Sinhala media, expressing his views that the ongoing war is a ‘genocidal massacre- carried out under the blessings of the Western imperialist regimes.

While being uncompromising in his views on the Tamil national liberation, he remained as the most erudite scholar on Sinhala language with unmatched sophistication. Amongst his numerous publications in Sinhala, one of the greatest contributions was his two volume English – Sinhala dictionary that superseded previous lexicographic works on that area.