While the Commonwealth Secretariat insists that no foreign government has formally requested that the Commonwealth Heads of Government Meeting (CHOGM) scheduled to be held in Sri Lanka this year be shifted out over human rights concerns, a last minute push is now underway with parties urging their governments to make that move ahead of the Commonwealth Ministerial Action Group (CMAG) meeting to be held later this month.

A Commonwealth Secretariat spokesman had told The Sunday Leader recently that Sri Lanka is not part of the CMAG agenda this month but it is now understood that attempts are being made to discuss Sri Lanka outside the main agenda.
The current membership of CMAG is Australia, Bangladesh, Canada, Jamaica, Sierra Leone, Tanzania, Trinidad and Tobago and Vanuatu. 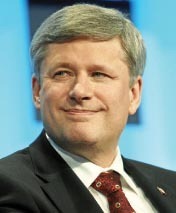 The main push to have the Commonwealth summit shifted out of Sri Lanka is expected to come from Canada with Canadian Prime Minister Stephen Harper already issuing a warning that he may boycott the summit if there is no progress in Sri Lanka on the human rights issue.

Last week Canadian opposition Liberal Party leader Bob Rae added to the chorus calling on the Canadian government to stick to its word and boycott the summit in Sri Lanka.

“There is neither truth nor reconciliation after the end of the civil war. Ethnic and religious discrimination is growing, not decreasing. Attacks on journalists and opposition politicians are getting worse and more lethal. The abuse of the rule of law is increasing; the impeachment of the country’s Supreme Court Chief Justice was a deep abuse of power. The situation has escalated to such a degree that Canada can no longer in good conscience attend the upcoming Commonwealth Heads of Government Meeting in Colombo. The Sri Lankan regime has not earned the right to host this international summit, and we urge other states to boycott the meeting and push for a change of venue. The Commonwealth is too important to allow its business to be disrupted by a single rogue member’s violation of the association’s beliefs and values. Canada must work with other member states to create stronger mechanisms to deal with governments failing to uphold the Commonwealth’s shared commitment to democracy, human rights and the rule of law,” Bob Rae said.

Another push is coming from leading human rights groups like the US based Human Rights Watch. The rights group has sent letters to Commonwealth heads recently expressing grave concern about the Commonwealth’s decision to press forward with the holding of the CHOGM in Sri Lanka in November 2013.

Adams noted that Commonwealth concerns about human rights violations perpetrated by Sri Lankan government forces during the war prompted Commonwealth leaders in 2009 to defer a decision on Sri Lanka’s candidacy to host the summit.
“Despite the failure to bring the perpetrators of these and other abuses to justice and a worsening human rights situation that include clampdowns on basic freedoms, attacks and threats against civil society, and executive actions that imperil Sri Lanka’s democracy,

Commonwealth leaders in 2011 agreed to allow Sri Lanka to host the 2013 summit,” Adams said.
He said that since then, impunity for past abuses has continued and democratic space has been severely narrowed.
He also noted that despite credible allegations by both the United Nations Secretary-General’s Panel of Experts and the government’s own Lessons Learnt and Reconciliation Commission (LLRC) of numerous violations of the laws of war, the government has undertaken no serious investigations or prosecutions.

Human Rights Watch says the government should not receive the honor of hosting the Commonwealth summit unless it makes major progress, particularly in accountability for alleged war crimes, crimes against humanity, and other serious conflict-related abuses; loosening restrictions on and ending threats and harassment against civil society activists and journalists; and conducting credible investigations and prosecutions of ongoing rights violations, including extrajudicial executions, enforced disappearances, and torture.
Human Rights Watch is also deeply concerned that in addition to hosting the 2013 Commonwealth Summit, Sri Lanka will also hold the chairmanship of the Commonwealth from 2013 to 2015.

“Handing Sri Lanka leadership of the Commonwealth at a time when democratic institutions are under direct and sustained attack by the Sri Lankan government will be an affront to the victims of rights violations in the country and around the Commonwealth,” Adams said.

The government is however undeterred by the attempts to have the summit shifted out and is going ahead with plans to host the conference as scheduled.

A committee handling the hiring of equipment and other items for the summit has called for tenders for such items.
The External Affairs Ministry is also confident the summit will go ahead in Sri Lanka as scheduled and refers to a statement made by the Commonwealth Secretariat last month.

In that statement the Secretariat said that the choice of each CHOGM venue is a collective decision taken by Commonwealth leaders.
At the 2007 CHOGM in Kampala, Uganda, Heads took note of the offer from the President of Sri Lanka for his country to host CHOGM.
At their meeting in Port of Spain, Trinidad and Tobago, two years later, Commonwealth leaders accepted the offer from the Prime Minister of Australia to host the 2011 CHOGM. They also accepted the offers of the President of Sri Lanka and the Prime Minister of Mauritius to host the 2013 and 2015 CHOGMs respectively.

At the meeting in Perth, Australia in 2011, Commonwealth Heads of Government reaffirmed their decisions to meet next in Sri Lanka in 2013 and thereafter in Mauritius in 2015. They also welcomed the offer by Malaysia to host the 2019 CHOGM.

As a result, the Sri Lankan government does not foresee any last minute move to shift the venue of the November meeting.
Meanwhile, adding to the pressure of demands for low level participating at the summit, if the summit is to go ahead as scheduled in Sri Lanka, is now coming from the Indian main opposition.

Senior BJP leader Yashwant Sinha urged Indian Prime Minister Manmohan Singh to skip the summit. Addressing a hall meeting on the Sri Lankan Tamils issue in Chennai last week, Sinha said India was the pivot of the Commonwealth body. “If India does not go there, CHOGM cannot be held,” he said.

The BJP leader also called for the suspension of Sri Lanka from the Commonwealth membership by the Commonwealth Ministerial Action Group for violations of the Harare Declaration. “The CMAG is responsible for protecting democratic values and any country which acts in violation of those norms or human rights can be suspended if allegations are proved,” he said. “This is where India should take action and see that Sri Lanka is suspended.”

Tamil Nadu Chief Minister J. Jayalalithaa and India’s DMK president M. Karunanidhi have also called for a boycott of the summit.
Jayalalithaa and Karunanidhi demanded that the venue for Commonwealth Heads of Government Meeting be shifted from Sri Lanka, failing which India should boycott the summit and lobby among member states to follow suit.

“Any high level participation or engagement from the Indian side in the CHOGM will not only embolden the Lankan regime but also incense public opinion and sentiment in Tamil Nadu on this very sensitive issue even further,” said Jayalalithaa in a letter to Prime Minister Manmohan Singh, strongly urging him not to attend the November 15-17 meeting in Colombo.

India was one of the 25 countries that voted in favour of a US-sponsored resolution at UNHRC against Sri Lanka where New Delhi pushed for an independent and credible probe into human rights violation charges and loss of civilian lives in the war in Sri Lanka as demanded by political parties in Tamil Nadu.

Britain is also considering its level of participation at the summit with Britain’s opposition Labor party and demanding that the summit be shifted out or the British government boycott the event.