Diplomats said the Government had not yet decided to attend the Commonwealth Heads of Government Meeting (Chogm) because of concerns over human rights abuses in the country but that the Palace must also take into account the views of 15 other countries where she is head of state on her presence. 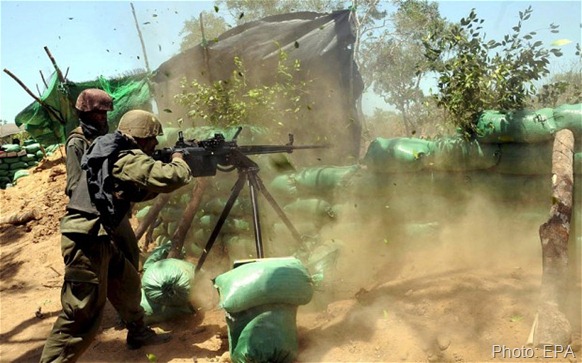 "The Queen does consult the prime minister on travel to the Commonwealth but she also seeks the wider advice from her other realms among Commonwealth governments," an official said.

Major Commonwealth members have taken opposite stands on Sri Lanka fitness to hold the meeting. Canada has demanded a credible inquiry into allegations that up to 40,000 civilians were killed by Sri Lankan troops in the final phase of its war against Tamil rebels in 2009 before the summit can take place but Australia has condemned boycott proposals as "wrong".

Sir Malcolm Rifkind, MP, the former foreign secretary, said divisions in the Commonwealth should be resolved in the coming weeks so the Queen does not receive different views. "I think that the next few weeks should be used to force a sensible debate, so that at the very least, we can force the Sri Lankan government to take some serious measures to address the criticism that is being levelled," he said. "The Queen will never exercise explicit pressure on the governments where is she is head of state. She has an honorific role in the literal sense and is in a delicate position."

"In general the government believes that the UK can engage with the country under the spotlight and them to change," said one Whitehall official who said a decision on David Cameron, the Prime Minister, attending would be made before parliament rose for the summer recess. "The British prime minister has historically attended the summit.

A Foreign Office spokesman said diplomats had demanded Sri Lanka demonstrate its commitment to the rule of law and respect for human rights.

"We will look to Sri Lanka to demonstrate its commitment to these values," he said. "We have made clear to the Government of Sri Lanka that we expect to see progress by the end of the year."

Lord Williams of Baglan, a Chatham House fellow, said the differences between Commonwealth members would not be easily resolved, even if Mr Cameron decides to attend.

"The dilemma is very substantial given the differences within the Commonwealth are so open and so marked," he said. "Inevitably there will be concern about the position of the Queen as head of the Commonwealth."

Amnesty International yesterday joined other activists, including Human Rights Watch and Tamil groups, demanding a boycott of the meeting over the antics of the government of President Mahinda Rajapaksa.

Colombo has defied UN resolutions to investigate allegations of war crimes in its brutal assault on the Tamil Tiger rebellion, allowing alleged perpetrators to escape justice.

A fierce debate has raged on the backbenches of the House of Commons since Sri Lanka was chosen as the host of the gathering for 54 heads of government.

James Wharton, a Conservative MP, said the government should not allow domestic political divides to detract from cooperation between Commonwealth countries.

"There is an ongoing debate over what is happening in Sri Lanka and what has happened in the past," he said. "The Commonwealth Summit and the spotlight it places on Sri Lanka is a welcome opportunity for the governments and the press to see for themselves and emerge better informed."

But Siobhan McDonagh, a member of the All Party Parliamentary Group, said it would be "appalling" if the government allowed the Rajapaksa government take legitimacy from a visit from the Queen.

"There is nothing in the history of the Rajapaksa government that suggests they will change in response to pressure," she said. "This is one of the most dangerous countries that has oppressed its Tamil population, kills journalists, sacks judges for a streak of independence and uses rape as a means of control. It will take the Queen’s visit as an endorsement."

Chris Nonis, Sri Lanka’s High Commissioner, defended the plans for the meeting and dismissed the allegations as a "fascinating piece of fiction".