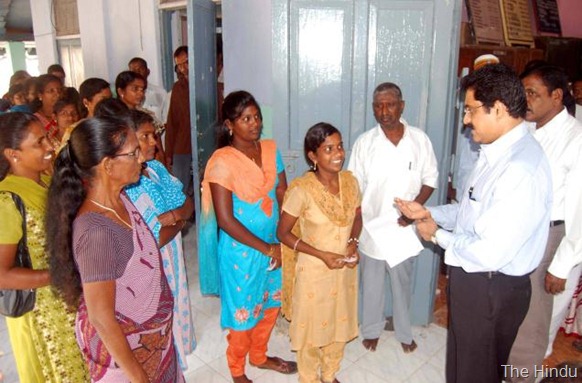 Driving licences would be issued to Sri Lankan Tamil refugees living in the state as part of welfare measures provided to them, the AIADMK government announced on Wednesday.

The government has been extending various welfare measures to the refugees, including scholarship schemes for various courses, ranging from Rs 850 to Rs 4,700, the Public Department policy note tabled in the Tamil Nadu Assembly said.

“This government has also decided to permit issue of driving licenses to eligible refugees staying in camps so as to enable them to improve their livelihood,” it said.

With the government offering free education to Sri Lankan Tamil students up to Class XII, as also free notebooks, textbooks, uniform sets and noon meals, over 21,000 of them had enrolled in schools this year, besides more than 1,200 others in colleges, it said.

As of this date, 1,532 persons had returned to Sri Lanka with assistance from the United Nations High Commissioner for Refugees (UNHCR), the note added.

Later, Finance Minister O Panneerselvam announced that the government was extending the monetary grants being paid to Defence and BSF personnel to all paramilitary force personnel hailing from the state.

Eligible personnel from CRPF, CISF, ITBP and SSB would get monetary grants ranging from Rs 50,000 to Rs five lakh depending on the ‘nature of the accident’ (injuries sustained during course of their duties).