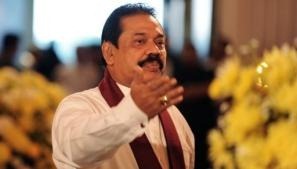 Sri Lanka plans to reduce the power of local councils before the first-ever provincial elections in the island’s former war zone, a leading politician said Thursday, in a bid to deny minority Tamils greater autonomy.

The ruling coalition promised to share limited power with Tamils, pointing to elections to local councils, after the military crushed separatist Tamil rebels in May 2009 and ended 37 years of ethnic bloodshed.

President Mahinda Rajapakse’s government has so far not held elections in the Tamil-dominated north.

Under pressure from India and Western governments, it has set local elections for September — prompting a move to reduce the power of the provincial councils.

Members of the coalition met on Tuesday to discuss the plan, a senior ruling party member told AFP on condition of anonymity.

"The party leaders agreed to amend the 13th amendment," the leader said.

The 13th amendment of the constitution granted limited autonomy to provincial councils.

Sri Lanka adopted a de facto federal system in 1987 but never held elections in the northern province, which continued to be ruled directly by the president. Councils have, however, been functioning in Sinhalese-majority areas that Rajapakse’s party controls.

Defence Secretary Gotabhaya Rajapakse, who is the president’s brother, has publicly declared that holding the northern election without reducing council powers could undermine national security and territorial integrity.

The councils were established in line with an agreement with neighbouring India, which promised to rein in Tamil separatists on its soil provided Colombo shared political power with the Tamil minority.

An independent Colombo-based think-tank, the Centre for Policy Alternatives, said the government’s proposed move showed it had failed to grasp the roots of the ethnic conflict.

"This unilateral act by the government to completely negate the existing devolutionary framework would be an historical mistake," the centre said in a statement.

Sri Lanka is under international pressure to promote ethnic reconciliation and investigate allegations of war crimes by its forces in the final stages of crushing Tamil Tiger rebels.