Second-generation diaspora youth activists came together to release a Policy Document to chart the course of the Eezham Tamils’ struggle, assessing political developments post- May 2009. After interactive sessions held from July 6-7 at an event titled ‘Seeking Perception sans Conditioning: Charting the Course of Struggle in Assessment of Post-Mullivaaikkaal’, eight activists from Europe, Australia and Canada asserted the need for holding the recognition of a sovereign nationhood of the Eezham Tamils as basis for a principled minimal demand of the Eezham Tamil nation, grounding it in the School of Thought of the Eezham Tamils’ struggle. Calling for a critical engagement with the International Community, the youth activists declared that Tamil organizations must be held accountable to the democratic will of the people, urging the formation of a robust Tamil civil society in the diaspora.

Seran Sribalan from Australia, Sasithar Maheswaran from the UK, Elackiya Rajasingam and Luxcy Lambert from Germany were the discussants in the first session.

After arriving at a consensus on the assessment of the current political situation and the type of activism required, Tamils’ role in local and global geo-politics, and the basis of a principled minimal demands of the Eezham Tamil nation, the activists formulated and released a Policy Document titled ‘Findings towards a Formation of Policy’.

The full text of the released document follows:

Tamils must take note of their significant role in local and global geopolitics. More than Tamils needing the West and India, these powers need the Tamils in their policy concerning the South Asian region. In terms of numbers, the Tamil Nadu Tamils and the Eelam Tamils taken together constitute a formidable bloc that forms the calculations of world powers. Taking this into account, Eelam Tamils should not be pawns of an external power’s policy but must have a very clear understanding of their policy towards the resolution of their chronic national question. The recent Tamil Nadu student uprising against the pro-LLRC US resolution in 22nd Session of the UNHRC in 2013 which compelled the Tamil Nadu state government to pass a resolution calling for a referendum among the Eelam Tamils is an example of how people’s power can effectively challenge the policy of world powers. In such a situation, an enlightened political activism in the sphere of media and information is necessary.

There must be a critical engagement with the International Community. It is unfortunate that some actors within the Tamil polity are willing to accept solutions thrust upon us by the International Community that have only reforming the Sri Lankan state or bringing about a regime change at mind. This sort of uncritical engagement has led to political failures among certain Tamil activists and organizations in venues like UNHRC, where-in they stand approving of resolutions recognizing the legitimacy of the unitary Sri Lankan state. The engagement with external actors and world powers must be critical, in that Eelam Tamils must be equal partners while placing our principled demands at the table. The International Community and the UN failed to invoke the Responsibility to Protect (R2P) in 2009 to save the Eelam Tamils from a blood bath in May, preferring instead to protect the Sri Lankan state. A genuine political gesture by the International Community towards the Eelam Tamil nation in the current period of structural genocide in our homeland would be the recognition of our right to Remedial Sovereignty.

Strategies must be framed by measuring outcomes. Taking the political and social factors in the Tamil homeland, Tamil Nadu and the Tamil diaspora into account, and the interests of local and global powers in the island into consideration it is necessary to critically assess what would be the outcome of particular courses of action in the long-run. Concomitantly, a long-term strategy based on the principled political position of the Eelam Tamils’ liberation struggle must be framed. Given the current situation, it is not enough to call for an independent international investigation into the crimes committed by the Sri Lankan state. Taking from the mass uprising in Tamil Nadu and the results they have produced, the Tamil diaspora must mobilize to convince their host countries of the necessity of an internationally monitored referendum among the Eelam Tamils in the homeland, the refugees in India, and the Tamil diaspora to determine their political future.

Tamil organizations and activists must be held accountable to the democratic will of the people. There is a need for a greater transparency regarding the policy decisions taken by diaspora organizations. People have a right to hold organizations accountable to their mandate and also have a responsibility to exercise that right. Likewise, activists and organizations should have a mechanism in place for constructive criticism to be made and operating procedures that lay down how to incorporate feedback in activism and political engagement. There should be a change among the thinking of activists that their being a representative of the people is a service which comes with accountability, and not a charity for which they need be answerable to no one. The politics of namesake organizations and puppet outfits should be intellectually challenged by a democratic process. The formation of a robust Tamil civil society in the countries where the diaspora resides is necessary for this. 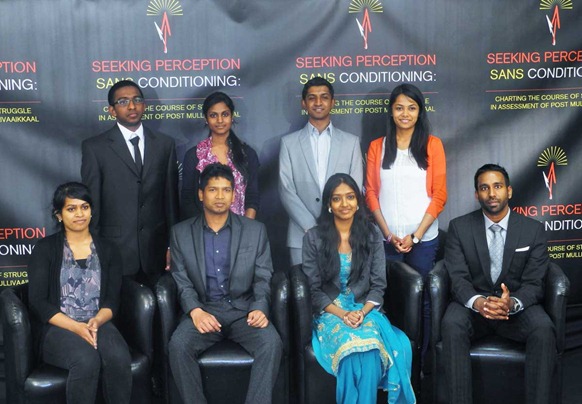 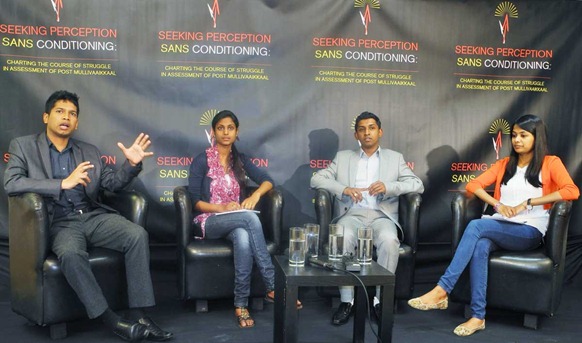 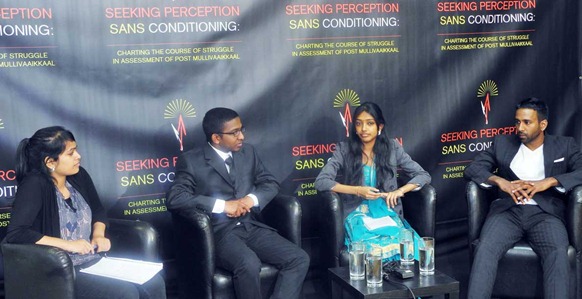