Despite the publicity surrounding her visit, the UN High Commissioner for Human Rights, Ms. Navanetham Pillay “was a big disappointment for Tamils in Sri Lanka and elsewhere. At the end of her visit, she basically revealed her true character of serving the interests of the UN and the larger interests of the Anglo-Saxon world,” writes Malaysia’s Penang State Deputy Chief Minister Professor P. Ramasamy, in an article sent to TamilNet on Monday. Accusing the UN for being an arm of the “arch imperialist power in the world, the United States of America,” Prof Ramasamy said that Ms Pillay’s visit had especially disappointed the sections of Tamils in the US and Europe that had thought that she would make a difference.

Full text of the article by Professor P. Ramasamy: 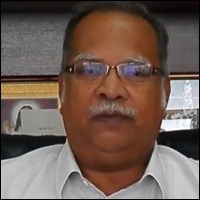 Navanetham Pillay, the chief of UN Human Rights, visited Sri Lanka and reported about the state of human rights in the country. Unlike her earlier hardline stand, her report was certainly mild in comparison. She lamented negatively about human rights in Sri Lanka and stated that regime was heading towards a more authoritarian path.

Beyond this, she was quite kind to the government, thanked the officials for their cooperation, providing accessibility to areas she visited and remarked that government’s own mechanism, the LLRC, had made some positive moves in the direction of the promotion of human rights.

Ironically, contrary to expectations, her harshest criticism was not leveled at the cruel regime for the genocide of more than 100,000 innocent Tamils, but towards the LTTE. She vented a ferocious anger, uncharacteristic of a human rights person, against the LTTE and called it a "murderous" organization.

She urged the Tamil Diaspora not to glorify the outfit and in her opinion, the LTTE, was the prime cause of Tamil misery. Not knowing history or simply ignoring it for certain political expediency, she failed to realize that LTTE was not an autonomous growth, but a product of extreme Sinhala racism and hatred.

Pillay was fully aware of the propaganda unleashed by the Sri Lankan regime about her Tamil origin and the links they tried to establish between her and the LTTE.

Some Sinhala racist press went to the extent of labeling her as a "Tigress". Given this, Pillay from the outset was conscious of this label and wished to avoid it at all costs in order to establish her "objectivity".

From the beginning, she assiduously sought to underplay her Tamil origins by asserting a synthetic South African nationality. She was of Tamil origin, but Tamils never expected her to go all out to assist them. They knew her constraints, but merely wanted to be heard.

Despite the publicity surrounding her visit, Pillay was a big disappointment for Tamils in Sri Lanka and elsewhere. At the end of her visit, she basically revealed her true character of serving the interests of the UN and the larger interests of the Anglo-Saxon world.

Some sections of the Tamil community especially those in US and Europe heaped praises on her as highly educated and articulate person, a person who would make a difference to the affected people. Alas, following her report, this was not to be the case. By condemning the LTTE, something uncalled for, she also ended up by alienating those who had stood behind the liberation movement.

For 30 years, thousands of Tamil youth fought to achieve the liberation of Tamil Eelam. For 30 years, the LTTE gave hope, courage and dignity to Tamil people not only in Eelam but elsewhere. LTTE might not be there anymore, but the fact remains that the vast majority of Tamils would not forget the herculean sacrifice of the liberation movement.

Who is Navi Pillay to suddenly emerge from nowhere to castigate or condemn the LTTE? She is just an exalted employee of UN that has ignored the plight of the poor nations. UN is a liberal arm of the arch imperialist power in the world, the United States of America. This outfit has been used by the US and its allies to wreck havoc on nations accused of human rights violation. The damage done by the US to countries is unimaginable!

It is my humble request to Pillay to keep her comments about the LTTE to her or to those "bleeding" heart liberals. She has no business to condemn or comment about an organization that she can never understand. Her credentials from Harvard are just good to advance her career and nothing further.