District Court of Point Pedro in Jaffna on Wednesday dismissed the claim by the Sri Lankan military that the land, which the Urban Council of Valveddith-thu’rai (VVT) had chosen to build a public park at Theeruvil was a property that should belong to the SL military. Legal sources in VVT said the civic body could now proceed with building the park which is situated at a key memorial site, where three significant monuments stood in remembrance of key LTTE leaders and commanders who sacrificed their lives under the occupation of Indian and Sri Lankan militaries and civilians massacred by the Indian military at VVT in 1989. 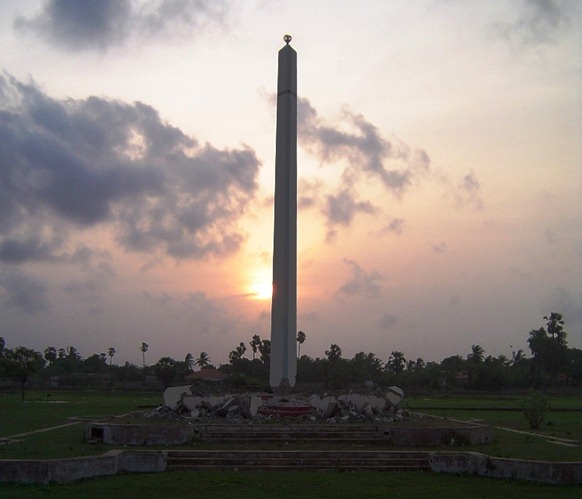 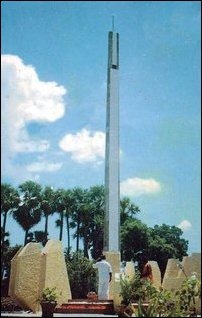 Following an ambush on Indian soldiers at VVT, a large contingent of Indian soldiers who were under the command of Brigadier Shankar Prasad declared curfew in VVT, entered the houses of civilians, raped more than 50 Tamil women, shot and killed more than 64 people, including children and women. The massacre, which went on for three days from 02 August 1989, is known as India’s Mylai massacre in the country of Eezham Tamils.

In remembrance of the victims of the massacre, the Valvai Massacre Monument was constructed in the form of a lotus flower at Theeruvil.

During the military intervention by India in 1987, Jaffna and Tricomalee regional commanders of the Liberation Tigers of Tamil Eelam (LTTE) Lt. Col. Kumarappa and Lt. Col. Pulenthiran together with 10 other Tiger members, arrested by the Sri Lanka Navy violating the agreement within the territorial waters of the Tamil homeland, chose to end their lives by taking cyanide in the hands of the ‘Indian Peace Keeping Force’ at Palaali air base when the IPKF withdrew its protection turning them over to Colombo.

A memorial monument, which came to be known as Theeruvil Monument was raised at the land where their remains were cremated.

In 1993, Col. Kiddu, a senior LTTE leader and former commander of Jaffna, Lt. Col. Kuddi Sree, Major Malaravan together with four captains and three, ended their lives by exploding their vessel when Col Kiddu, returning from London to Tamil Eelam was intercepted by the Indian navy in the international waters.

A monument was erected in remembrance of Col. Kiddu and his crew at Theeruvil.

The occupying SL military in 2010 demolished all the remains of these monuments.

The three monuments were situated in private lands, which have now been legally bought by the Urban Council. 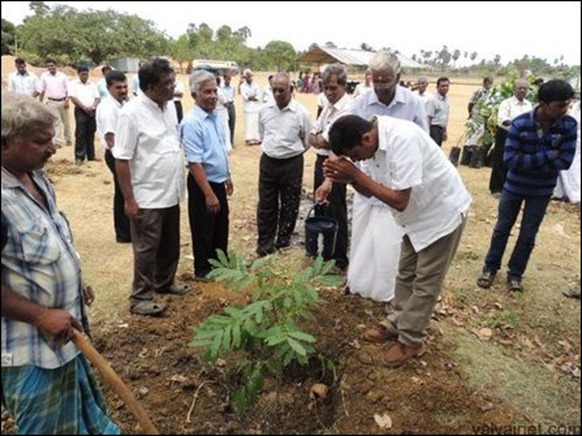 When the UC put up a board at the site in August this year and declared it open as VVT Theeruvil Public Park, the SL military had forcefully removed the board and claimed that it was establishing a military camp at the site.

On the instructions by SL presidential sibling and Defence Secretary Gotabhaya Rajapaksa, the notorious Terrorist Investigation Division (TID), filed a case under Section 66 of the Primary Court Procedure Act, a law applied when “breach of the peace is likely to arise in view of a dispute relating to the possession of a land.”

The remains of late Thiruvengadam Velupillai and late Parvathi Amma, the parents of LTTE leader V. Pirapaharan were placed near the destroyed monuments for the people to pay their last respects in 2010 and in 2011.

In its attempt to wipe out the memory of those perished in the massacres, detentions and most importantly the memory of key Tamil leaders and commanders, the occupying Sinhala military attempted to claim that the land where these monuments once stood was a ‘property owned by the LTTE’ and that the ‘property’ has now by default become that of the SL military.

In recent weeks, the SL military realising that it would lose the case, started to scoop the soil of the monumental site and use it to construct a military base near the VVT, destroying the park project of the VVT Urban Council.

It remains to be seen whether the civic and provincial council could protect such memorial sites in whatever ways possible without getting them further desecrated in the hands of the occupying military, civil sources in Vadamaraadchi commented.

Some of TamilNet Library photos witnessing the 2010 destruction of the Theeruvil memorial site follow: 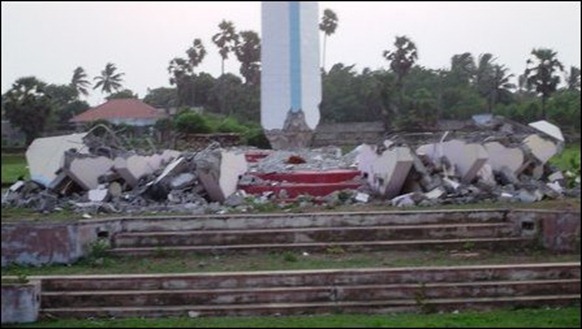 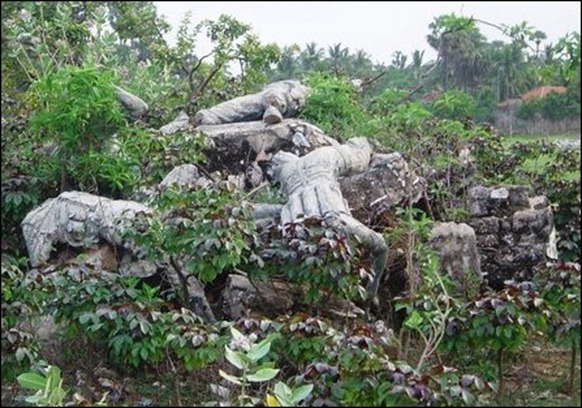