Parish Priest of Our Lady of Guadalupe in Trincomalee, on Thursday, described, in an email released to media through the Catholic mission sources in the East how two armed men, claiming to be Sri Lankan intelligence operatives threatened him on 26 November. When the priest asked them to show proof, they refused. But, as the questioning was rapidly becoming a heated argument, one of the operatives suddenly told the priest that he would give him proof of his identity, caught Fr Johnpillai by his priestly garb, pushed him against the wall pointing a pistol at his head and threatening to shoot him.

Full text of the report on the incident by Rev. Fr. S. S. Johnpillai, the parish priest of Guadalupe Church in Trincomalee, follows: 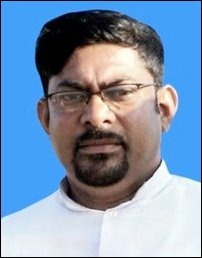 On 26th November evening I was in the cabana attached to the parish house reading the newspapers. There was no one in the church premises as it was dark already, the helpers who do the cleaning and the sacristan were busy elsewhere.

Unexpectedly two men appeared out of nowhere wanting to meet the parish priest and asking me whether I am him. I said I was. One of them said they would like to question me. They did not introduce themselves and I thought I should ask them who they were in order to verify their identity.

I was told that they were from the intelligence unit but they have me no proof. They rudely instructed me to answer their questions and not inquire about them. I refused to reply to their questions unless they revealed proof of their identity. They became furious and used filthy language.

They accused me of saying a mass to honour the birthday of the LTTE leader Mr. V. Prabhakaran at 0600 hours that day, which I denied. I did not however deny that I had the usual daily mass that I always have during the weekdays.

As a priest it is my obligation to offer mass and I did so without fail.

Adding to the accusation, they went on to accuse the Catholic priests from Jaffna and Mannar of being anti-government and pro-LTTE saying they were leading the flock astray. Likewise Catholic priests in Trincomalee who make efforts to join their colleagues in other Tamil dioceses.

I rejected their statement, reiterating that we do our duty as a Catholic priest tending to the flock as a shepherd.

They replied that they knew me very well and said when I was in Muttur parish I tried to disturb religious harmony by preventing Muslims from buying Tamil land close to the church.

Having said that, they began to abuse me with filthy words. The discussion was rapidly becoming a heated argument, when one of them suddenly said to me he would give me proof of his identity and caught me by my priestly garb and pushed me against the wall and pointed his pistol at my head, threatening to shoot me.

I was speechless in shock and fell to the ground as they left, promising to return with a superior officer half an hour later. I was warned that I should not go out until they returned and they threatened me not to inform the police officers in the police post next to the church. I followed them and managed to note down the motorbike number they used. Unfortunately there was no license plate. The conversation I had with them was in Sinhala in which I am able to converse fluently. But I realised that one of them who spoke Sinhala did not appear to me Sinhalese because of his accent; he introduced himself as Safreer.

When they left the church premises I called the Bishop’s vicar and vicar general over the phone passing on the information, and they in return informed the police officer in charge of the area. But the police could not identify the perpetrators.