In a move interpreted as a sharp response to Sri Lanka’s war on Tamil diaspora, more than 80 Tamil community organizations from across Canada have come together in an initiative to create a consensus outlining their collective position and guiding principles on Tamil struggle-centric engagement. The Tamil Assembly rejected the proscription of 16 Tamil diaspora organizations along with 424 individuals by the Government of Sri Lanka and said: The ongoing genocide of the Tamil nation is aided and abetted by institutions, governments, and bodies outside the purview of the Sri Lankan state structure, making them complicit in the ongoing genocide. These external actors have a responsibility to halt the ongoing genocide of the Tamil nation and guarantee the collective rights of the Tamils, the document said. 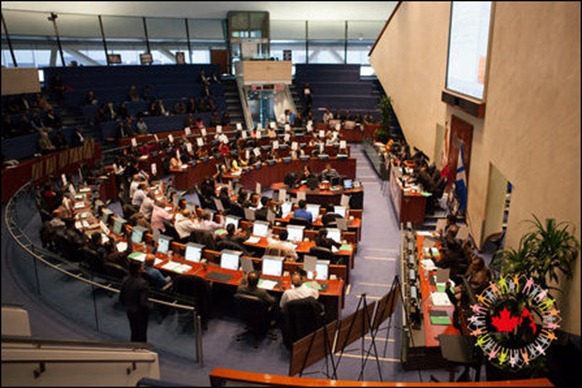 The General Assembly organizers said that the consensus document, prepared through a five-months process, was received as a timely move when it was presented to all the participating grassroots, community and political organisations in Canada at the confluence event held in the Toronto City Hall Council Chamber on Sunday April 13. 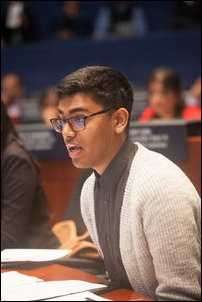 The document will also serve as the reference document on topics relevant and of importance to members of federal, provincial and municipal politics on the common position of the Eezham Tamils in Canada, they further said.

The current Sri Lankan constitution, especially the 6th amendment, prevents the representatives of the Tamil nation domiciled in the island from freely articulating the political aspirations of the Eelam Tamils, the document said.

“Any just solution for the Eelam Tamils cannot be confined to the existing parameters of the Sri Lankan constitution and must be based on the recognition of Eelam Tamils as a nation.”

“Any just solution for the Eelam Tamil nation will rightfully incorporate a just and equitable resolution on the question of the Muslim community and other communities in the Tamil homeland,” the document further said.

Extensive consultations were undertaken for five months leading up to the General Assembly to arrive at the points for consensus, the organisers said. 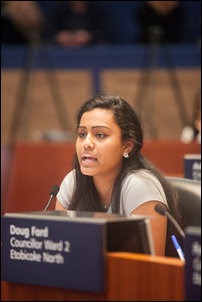 These consultations were with a wide spectrum of social, cultural and political based community organizations and their representatives.

Once the common message was drafted, the General Assembly convened to formally discuss and ratify the points for consensus.

“Tamil organizations engaged in this process to further strengthen the collective voice of the Tamil community in Canada and build a common ground for communicating this collective voice to interested parties who seek engagement with the community. They further committed to actively communicate, disseminate and promote the consensus reached at this General Assembly as the official position of the Tamil Community in Canada,” commented Professor Sri Ranjan, the chairperson for the National Council of Canadian Tamils (NCCT).

The Assembly also saw the participation of elected officials from all levels of government who came to observe the proceedings and lend their support to Eezham Tamils in Canada.

The Assembly was unanimous in their adoption of all 34 points for consensus. The points are divided into sections discussing; historical context, international community responsibility, Canadian Government responsibility, the role of the Tamil diaspora, and the effects of proscribing Tamil community activism. They were drafted compiling recent and historical resolutions, motions and other documents the Tamil community in Canada has participated in before. 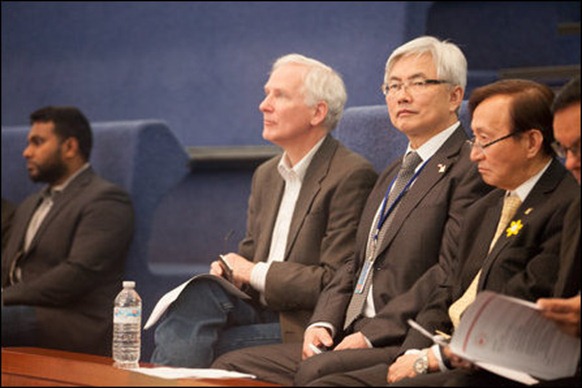 The General Assembly organizers will be in touch with the participant organizations and observers to cooperatively work together in advancing the interests of the Tamil community in Canada, professor Sri Ranjan said.

The consensus document is to be officially released in the coming week to the public and used in the future for the purposes of strengthening the political and community interests of Eezham Tamils in their homeland, in Canada and elsewhere. 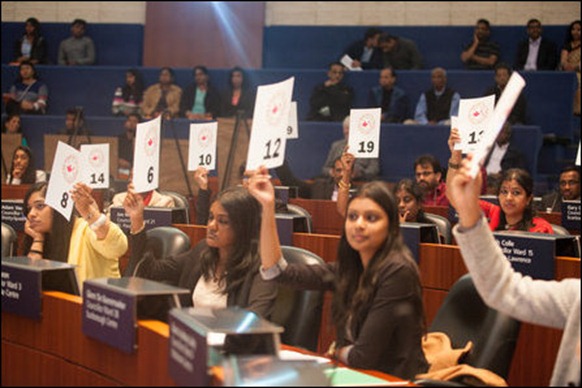