Sri Lanka has held a victory parade on the fifth anniversary of the end of its civil war, while stopping Tamils from commemorating their war dead.

Tens of thousands were killed in the long conflict between government troops and Tamil Tiger (LTTE) rebels.

The UN has backed an inquiry into rights abuses from both sides.

Troops, military planes and paragliders featured in the victory parade in Matara, in Sri Lanka’s south, on Sunday. 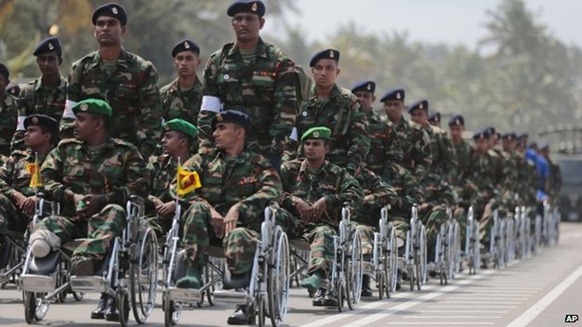 Police officers and soldiers, including war amputees, took part in the parade in Matara 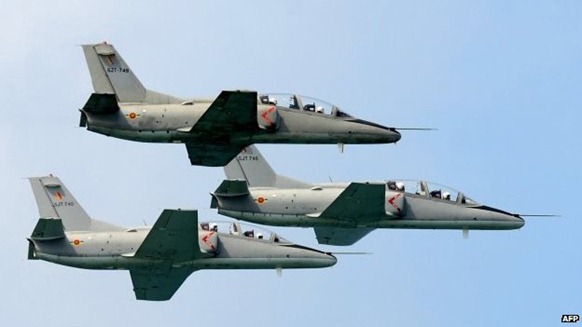 Rights groups have criticised the Victory Day parade as divisive 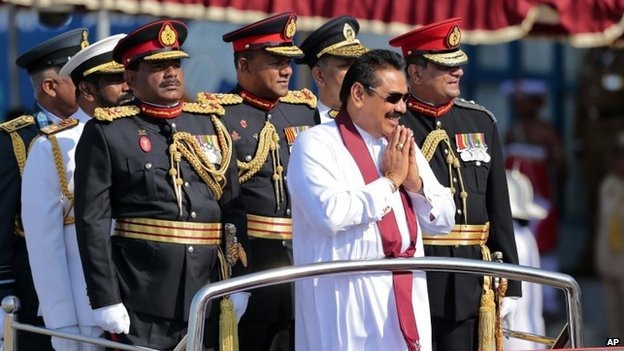 "Irrespective of who opposes this, or who stays away, we will always commemorate this day."

The ceremony was avoided by some Western diplomats, including the Canadian high commissioner who said Sri Lanka should focus on reconciliation.

The only gesture that bypassed the ban on memorial ceremonies was by three Tamil politicians who broke coconuts at a major temple, a Hindu religious ritual, and offered prayers at a Roman Catholic church, our correspondent adds.

The parade was criticised by some activist groups and Tamil lawmakers.

The National Peace Council, an activist group, said in a statement: "No wise country celebrates war victory after a civil war."

"Unfortunately in Sri Lanka, the political leadership… continues to indulge in triumphalism celebrating the victory over the LTTE."

It says it believes tens of thousands of civilians were killed in the final months of the war, and that most of the deaths were caused by government shelling.