Australian international law experts have uniformly condemned Australia’s return of asylum seekers to Sri Lanka as a violation of international law that risks sending vulnerable people back to persecution and torture.

Forty-one Sri Lankan nationals who were trying to get to Australia have been handed over to the Sri Lankan Navy. The fate of another 153, understood to have been intercepted at sea in a separate boat, by a customs vessel, is unclear. 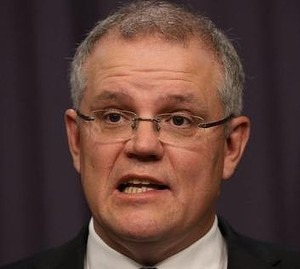 “We are profoundly concerned by reports that asylum seekers are being subjected to rapid and inadequate screening interviews at sea and returned to Sri Lanka," the statement says.

"This raises a real risk of refoulement in breach of Australia’s obligations under international refugee and human rights law.

“Such summary procedures do not comply with minimum standards on refugee status determination under international law. Holding asylum seekers on boats in this manner also amounts to incommunicado detention without judicial scrutiny.”

Professor Jane McAdam, director of the Andrew and Renata Kaldor Centre for International Refugee Law at the University of New South Wales, said Australia had failed to provide asylum seekers a fair and rigorous screening process to determine their refugee status.

“Signing this statement is not something done lightly, but we feel this is a crucial moment for Australia’s asylum seeker policy, and that it was important to give our considered, uniform opinion that Australia’s actions are unlawful under international law.”

The United Nations High Commissioner for Refugees has previously expressed “profound concern” over Australia’s new on-water assessments – whereby asylum seekers are asked only four questions and with no right of appeal – and said that Australia might be forcibly returning asylum seekers to countries where they face persecution.

“International protection should be considered within the territory of the intercepting state, consistent with fundamental refugee protection principles.”

In a statement issued Monday morning, Immigration Minister Scott Morrison confirmed that 41 Sri Lankan nationals – 37 Sinhalese and four Tamils – were handed over to the custody of the Sri Lankan Navy off the eastern port city of Batticaloa.

One Sinhalese person on board the ship was told he qualified for further refugee assessment, but opted to return to Sri Lanka when told he would be taken to Manus Island.

“The Australian government will continue to reject the public and political advocacy of those who have sought to pressure the government into a change of policy,” Mr Morrison’s statement said.

“Their advocacy, though well intentioned, is naively doing the bidding of people smugglers who have been responsible for almost 1200 deaths at sea.”

Mr Morrison’s statement was silent on the fate of 153 Sri Lankan asylum seekers, believed all to be Tamils, whose fishing boat was intercepted by an Australian customs vessel last week.

The Australian government, in its formal assessment of Sri Lanka’s human rights, presented by DFAT to the United Nations in 2012, says Sri Lanka is responsible for government-sponsored abuse, torture and mistreatment by police and security forces.

This assessment continues to be part of the current assessment on Sri Lanka’s human rights.