Survey department officials who were accompanied by the Sri Lankan police to survey lands of Eezham Tamils for permanent seizure by the occupying SL military at Achchuveali, situated in Valikaamam East of Jaffna district, were forced to withdraw after their vehicle was blockaded by the Tamil land owners with the support of Tamil political and civil activists in a successful protest for second time within a few days on Monday. The SL military, which has occupied the lands belonging to the Multi Purpose Cooperative Society (MPCS) and 9 families for two decades since the SL military captured Jaffna peninsula from Eezham Tamils in 1995, is now trying to establish a cantonment for the 5th Infantry Regiment on Rasa Road close to Achchuveali town.

On 06 June, a Sri Lankan military spokesman in Colombo was telling media that the owners of these lands were living in ‘different locations’ and that these lands were being taken over through legal means.

“In fact, the people were forced to leave their residential and agricultural lands due to the military harassment that prevailed in the area. They have been waiting for the SL military to vacate from their lands in order to resettle in their lands and resume their livelihood,” said Tamil councillor Sanmugalingam Shageevan who is the deputy chairman of the divisional council of Valikaamam North.

The locality with a notorious torture camp of the SL military was being silently expanded in recent times into a cantonment. 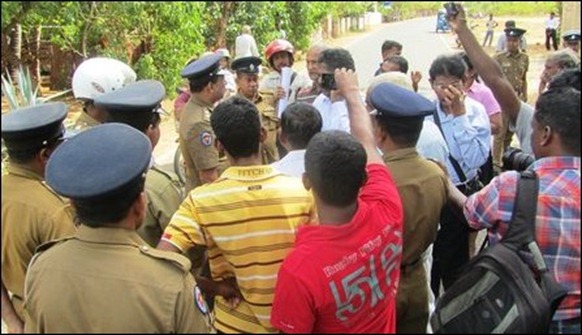 On Monday the protesters blocked the vehicle of the land surveyors who had come to the locality with Sinhala policemen.

Tamil councillors and grassroots activists from the Tamil National Alliance (TNA) and Tamil National Peoples Front (TNPF) were present at the protest site.

Waging a false propaganda that it was reducing military deployment, the occupying SL military has been stepping up measures to permanently seize the lands for the expansion of military bases and cantonments in the occupied country of Eezham Tamils.

While New Delhi, Washington and Beijing, locked in a geopolitical game in the Indian Ocean are having military-to-military relationship with the Sinhala military, the global Tamil community including the 70-million strong State of Tamil Nadu, not only views the SL military as a genocidal occupying force, but also as a ‘Lascarine’ military being groomed by the world powers. 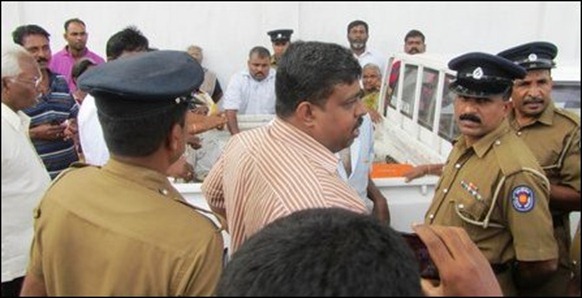 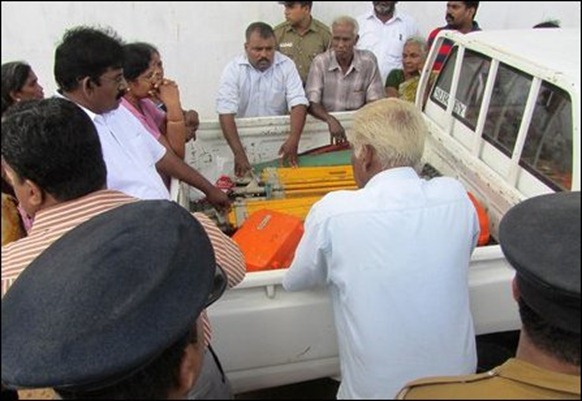 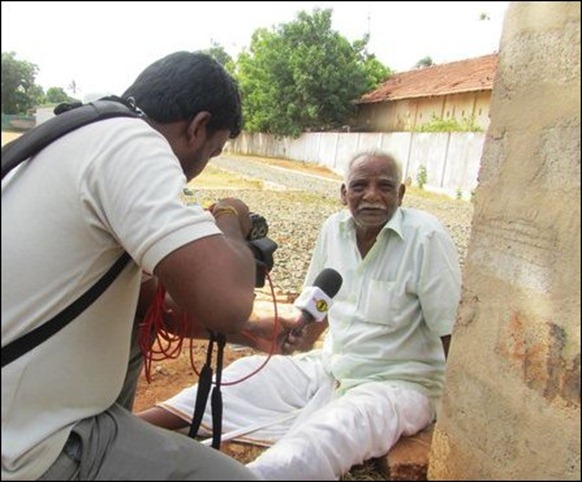