(PTI) Sri Lanka has said that complex legal issues concerning the work of the presidential commission probing disappearances of individuals led to the appointment of international experts including an Indian into the panel. 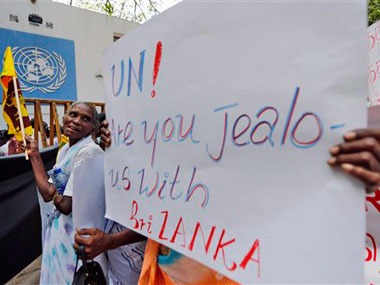 External affairs Minister GL Peiris, on Tuesday told the parliament in this regard to a question raised by main opposition leader Ranil Wickremesinghe.

"There are over 16,000 submissions received (by the panel). It was the government’s responsibility to provide expertise on the fundamentals of the laws," Peiris said.

Wickremesinghe demanded the government to declare in parliament the reasons that had led to the appointment of the international experts.

Wickremesinghe said that none of the commissioners in the three member local panel headed by the retired top judge Maxwell Paranagama had asked for the appointment of international experts.

Peiris said there was no list of concerns raised by the local panelists and it was unfair for the government to ask them for such a list.

President Mahinda Rajapaksa’s decision to appoint international experts has come under criticism of his nationalist allies, who suspect that members of government troops who fought the war with the LTTE would face war crimes charges as a result.

After maintaining that troops did not violate any humanitarian law while crushing the LTTE, Colombo has dubbed the move by the UN human rights council to set up an international investigation as an action which breached Sri Lanka’s sovereignty.

Sri Lanka faces an international probe over allegations that government forces killed about 40,000 Tamil civilians in the final months of fighting, a charge refuted by Colombo.