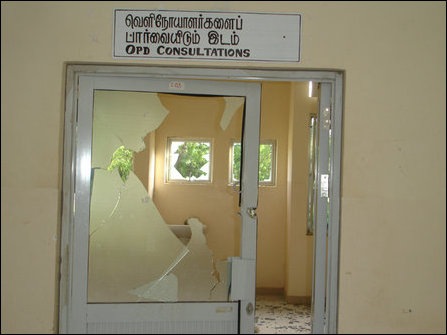 
Shells fired by SLA in the last two days have further caused damages to educational establishments located along A9 including Kilinochchi Technical College, and the Kilinochchi District Educational Secretariat buildings.


Article 18 of the Fourth Geneva Convention states that the civilian hospitals organized to give care to the wounded and sick, the infirm and maternity cases, may in no circumstances be the object of attack, but shall at all times be respected and protected by the Parties to the conflict.