Over a 150 people marched through the streets of Sydney on Sunday calling upon the federal government to abolish its harsh stance on refugees and grant asylum to hundreds of Tamil refugees currently being detained in Indonesia at Australia’s request. Citing persecution faced by Tamils at the hands of the Sri Lankan Government, protestors labelled Prime Minister Rudd’s “Indonesian Solution” as “racist” and called for the closure of the Christmas Island offshore detention centre, currently housing hundreds of Tamils. 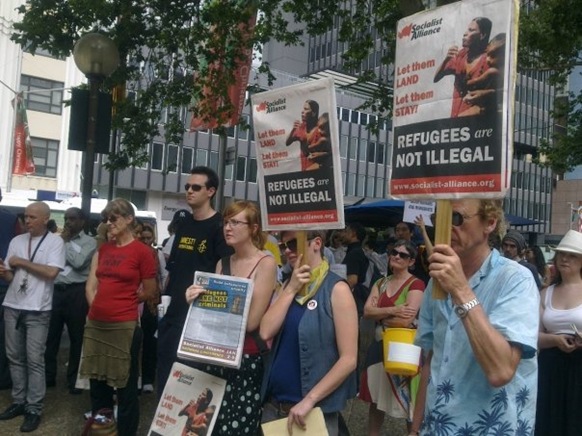 Organized by the Refugee Action Coalition (RAC) in conjunction with several social and political organizations, masses of protestors from many ethnicities gathered at Town Hall square and proceeded to block the city’s busiest artery in a show of solidarity as dozens of banners and slogans called for an end to mandatory sentencing and “policies of xenophobia”.

Former Democrats Senator, Andrew Bartlett, called upon the Government to focus on the human rights of asylum seekers in the face of unparalleled adversity, before highlighting that in 1992 the nation’s refugee quota was double the current intake.

The protest comes almost 50 days since a boat carrying 254 Tamil refugees was intercepted by the Indonesian Navy at the request of the Australian Government as Prime Minister Kevin Rudd attempts to stem the tide of boat people reaching Australian waters.

All except a handful have refused to leave the boat, currently docked in the Indonesian port of Merak, with those on board, including women and children, urging the Australian Government to grant them refugee status despite Rudd arguing that the refugees were found in Indonesian waters and therefore is an issue for Jakarta to handle. 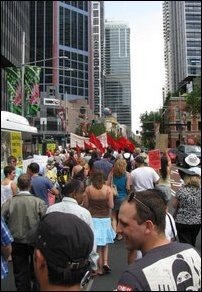 The move has been deemed irresponsible by human rights groups and trade unions, citing Indonesia’s dismal human rights record, its refusal to allow the United Nations High Commission for Refugees (UNHCR) to process those on the boat and refusal to become a signatory of the Refugee Convention.

One of the refugees on board, Sanjeev “Alex” Kuhendrarajah, who has become the unofficial spokesperson for those on board the boat, spoke to protestors over a cell phone, describing the severe lack of food, hot water and outbreaks of diarrhoea as “horrendous”.

Kuhendrarajah extended his gratitude to the Australian public for their continued support and urged people to acknowledge the genuine dangers faced by those on board, a reference to the political rhetoric currently being employed by the Labor and Liberal parties to whip up Anti-immigration sentiment under the pretext of border security.

The use of Indonesia as an offshore processing centre has caused outrage in Australia, with many comparing the move to the “Pacific Solution” policy implemented by the former Liberal ruling party, where asylum seekers were transported to camps in small island nations across the Pacific Ocean.

Christmas Island, one of the sites established under the former administration at a cost of almost $400 million continues to house hundreds of refugees, many of them Tamils.

Recent scuffles between Afghan and Tamil refugees, many who have been waiting years for their claims to be processed, have sparked calls for the closure of the centre amid the psychological impact long term detention is having on those within the compounds.

The Australian Government has ignored the calls, instead announcing yesterday a $40 million upgrade to house more refugees, a move that will force many refugees to sleep in tents. 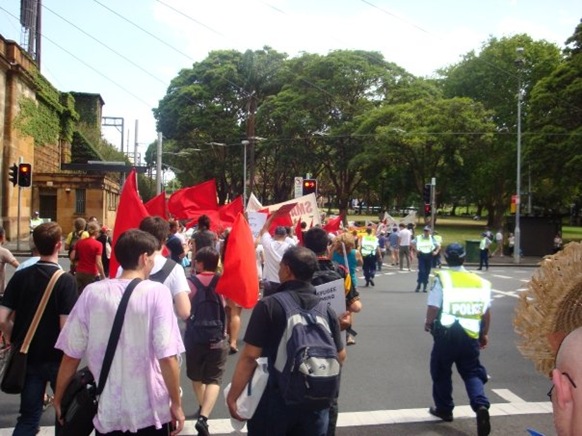 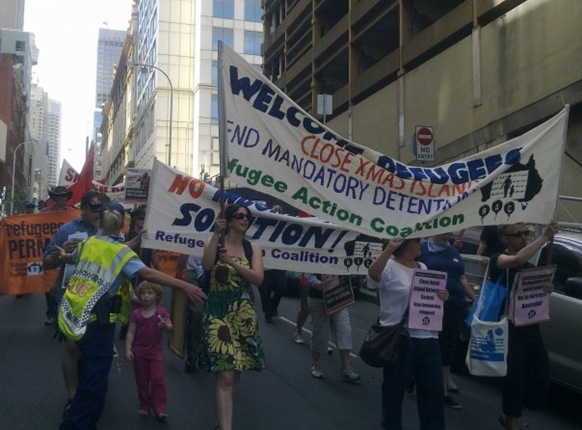