Thank you madam, for being the voice for the voiceless. The poverty stricken, wounded, displaced and marginalized Muslim and Tamil victims of the brutal thirty year war in our country have been forced into submission by the ruthless and racist Rajapakse regime which has gained a stranglehold over power through a deliberate and well planned conspiracy which was plotted out with impunity and arrogance to deny its citizens of democracy and justice. The regime is firmly entrenched through constitutional amendments passed in stealth and haste despite objections raised by an educated few for extended public debate and discussion warranted of significant changes. The Sinhala majority have also been hoodwinked with the glorification of the war and masking of human rights violations through the regime’s uniting call for patriotism against international conspirators who wish to destroy the country’s onward path to progress – which no one dares question why? 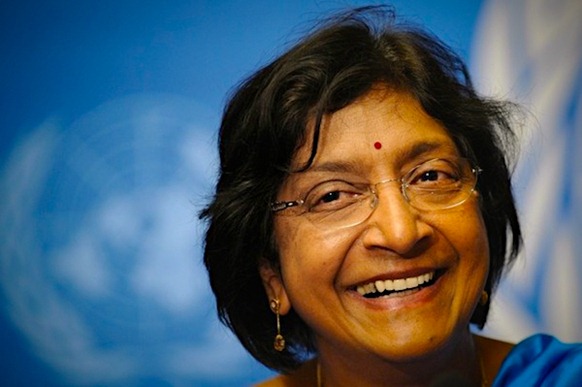 The truth is that only a few have the courage to speak on behalf of the beleaguered community due to fear of reprisal, lack of communication/empathy or due to total disinterest in a powerless group which will compromise their positions in the status quo. Not surprisingly, the majority of the powerful Tamil political elite, as well, wish to distance themselves from the war victims and remain in denial as to their dire circumstances for the same reasons.

The victims themselves are so severely traumatised that they would rather live in anonymity than draw attention to their plight fearing reprisal and suffering at the hands of the forces and state apparatus which watches their every move with suspicion and interferes in their daily lives with impunity.

Most youth are living in a state of apathy and only looking for opportunities to leave their homeland in the hope of seeking a fair deal in a democratic and just society. Although funds flow into the war torn regions from sympathetic Diaspora which helps sustain the affected communities, it is creating a culture of dependence as the beneficiaries are deliberately precluded from participating in the development process by interlopers who prosper as a result.

Every sector of the economy in the North and East is dominated by the army, navy or air force who have been authorized to do business and compete with civil society utilising state funds and facilities which, doubtless, gives them a huge edge in conducting profitable business by sidelining small local businesses and denying employment to locals in preference to sinhalese migratory workers.

With development opportunities aplenty, corruption is rife in the region. Both the state and leading private sector companies are complicit in sharing the spoils realized through illegal and unethical practices which are deliberately ignored by the state.

Sadly, the deprived and denied local population have no recourse but to remain as onlookers with little or no participation in the development process.

Thank you, madam for intervening in the interest of the war victims of Sri Lanka by invoking the universal principles of human rights laid down by the august body of the United Nations which seeks to protect the well being of all peoples.